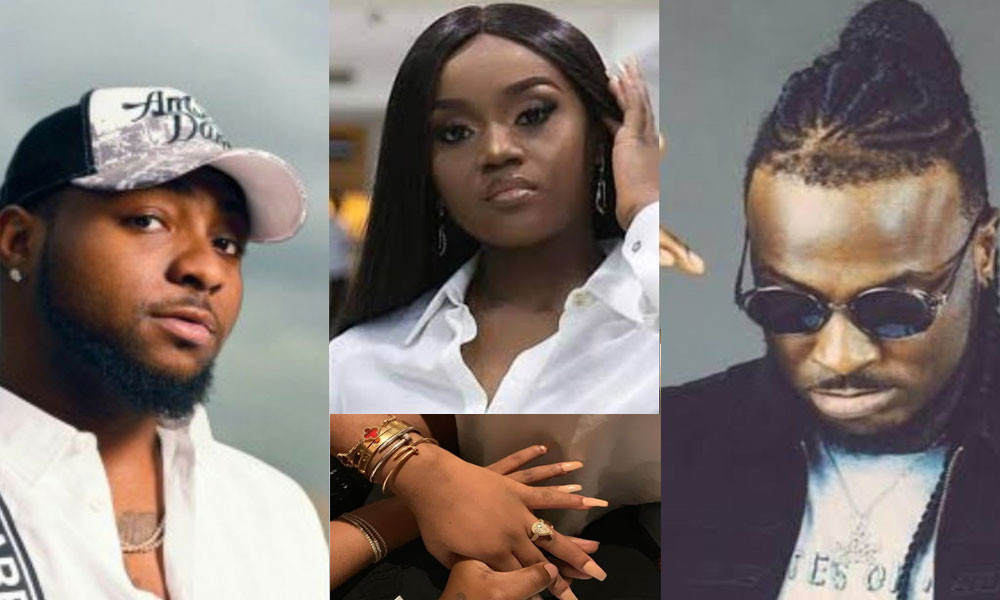 DMW star, Peruzzi has debunked claims of sleeping with Davido’s fiancée Chioma Avril Rowland.  In an interview with Chude Jideonnwo, the 31-year-old singer described the claim as “crazy”. Peruzzi said;  “Someone said I had sex with the wife of the man who helped me. Do you know how crazy that is? Even if you hate me, what did Davido do to you? So right now, I am careful of every pin that drops near me.” Peruzzi also recalled grappling with the loss of his mother two days after the release of ‘For your Pocket’, his 2017 hit single. He added;  “I had just dropped ‘For your Pocket’, and then my mum died two days after. I had to take my time to cry but at the same time try to hide from my guys because we were already tweeting about the release of the new song, and I did not want them to stop.“After a while, I had to tell them to allow me when it’s time to cry, and I would not disturb them, but whatever they did, they should not stop tweeting about it.“I would go into the shower and cry, allow the water to wash away the pain, but once I was out, it was back to work. It was at that time that Davido posted my song on Snapchat, and that gave my career the boost it needed.”The post It is crazy to say I slept with Chioma – Davido’s signee, Peruzzi appeared first on Linda Ikeji Blog.

Turkey banks use of cryptocurrencies for payments, sends Bitcoin down