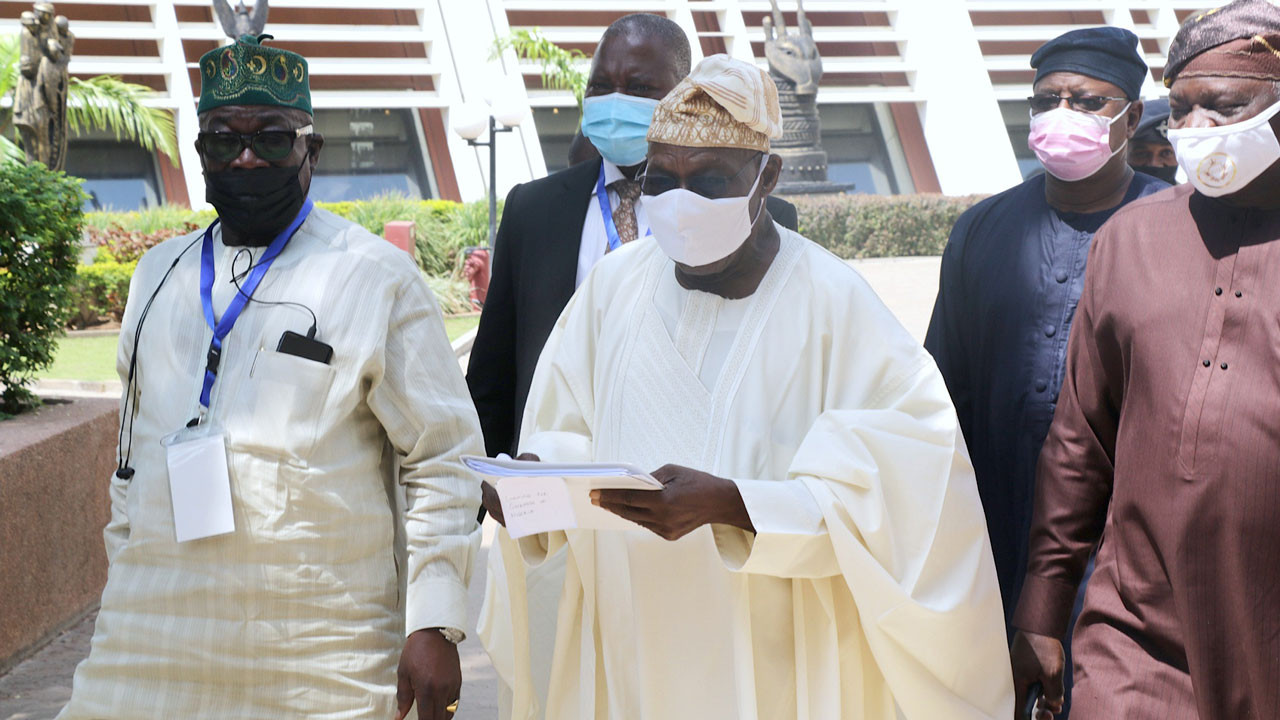 A high-profile meeting on the “state of the nation” has been convened by a former President, Olusegun Obasanjo. Journalists were however barred from the meeting which former Head of State, Gen. Abdulsalami Abubakar (retd); Sultan of Sokoto, Alhaji Muhammadu Sa’ad Abubakar III, and Emeritus Catholic Archbishop of Abuja, John Cardinal Onaiyekan; President of the Christian Association of Nigeria (CAN) Dr. Samson Ayokunle; a former National Security Adviser (NSA), Gen. Aliyu Gusau (retd) and a former Attorney General of the Federal (AGF), Kanu Agabi (SAN) and many others attended.  The nine-hour marathon meeting held at the Transcorp Hilton Hotel, Abuja started 11.00 am and ended 8.15 pm with two breaks for prayers and meals. According to Daily Trust, Security operatives at the venue stopped journalists from gaining access to the venue, claiming they were not invited to cover the event.  Journalists were also not allowed in during the breaks that even led to the ‘eviction’ of some aides of the personalities and some others before the meeting went to another ‘closed-door’ meeting with selected leaders of the various groups invited for the meeting. The publication reported that while none of the leaders or other attendees were willing to talk at the end of the meeting, former minister of agriculture, Audu Ogbe said a communique would be released. He however decline further comments on the expected content or when it would be released.The post Journalists barred from State-Of-Nation parley in Abuja appeared first on Linda Ikeji Blog.

Teenager, her boyfriend and two others arrested for conspiracy and self-kidnapping (photo)