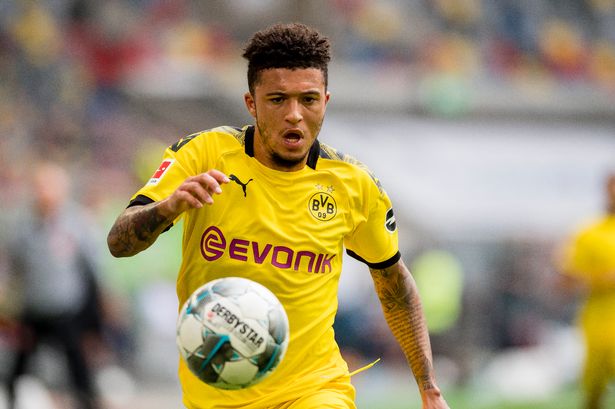 United have been tracking the England international for the past two seasons and failed in a summer move last year.

But they have now moved one step closer to finally signing their target having struck a deal with the player himself.

According to Fabrizio Romano, Sancho has agreed a contract until 2026.

Still, United are yet to agree a transfer fee but have started negotiations with Dortmund, who rate the forward at £80m.

The two clubs were unable to come to terms last summer, as Dortmund demanded £108m.

At the time, United were unwilling to match the price tag and instead moved for Edison Cavani, 34, on a free transfer.

In the period since, the German giants dropped their valuation and opened the door to selling Sancho, due to financial strains amid the coronavirus pandemic.

And United made it clear they were still after their man, with the England international also pushing for a move to Old Trafford.

Sancho is currently on international duty ahead of the delayed European Championships.

Joshua to Wilder: I pity you and your one hand, you ll be shocked

Urban warfare intensifies in Mandalay between security forces and civilians