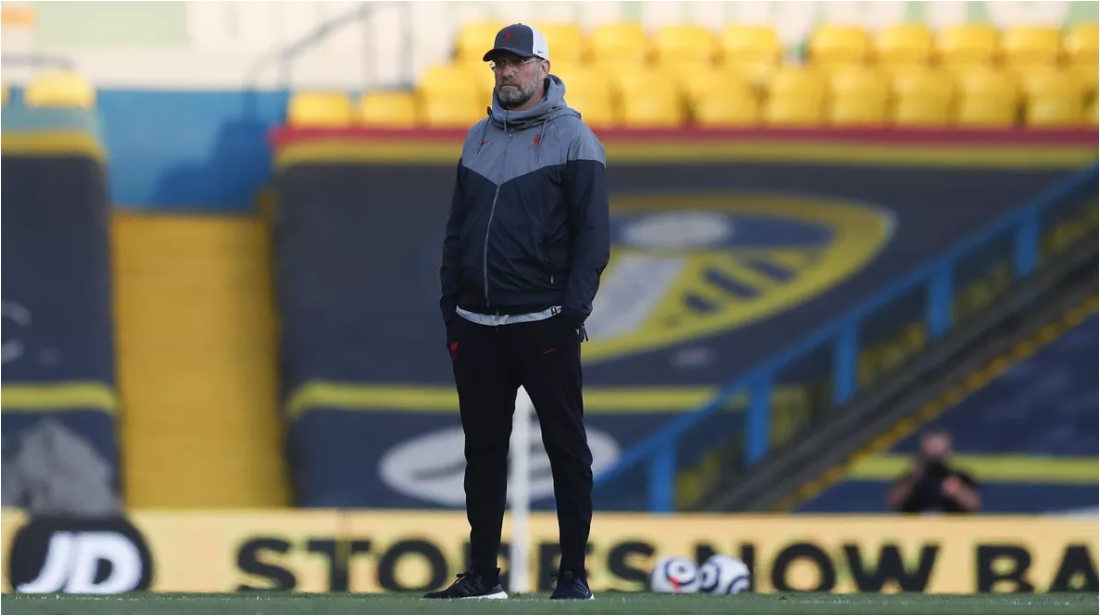 Jurgen Klopp has said he understands the unhappiness of Liverpool fans after news of a European Super League emerged.
Klopp spoke ahead of their game with Leeds United on Monday night and immediately fielded questions about the Reds’ involvement in the breakaway movement.

“I understand [the fans’ anger]. I don’t know exactly why the 12 clubs did it,” Klopp told Sky Sports.

“I can’t say a lot more because we were not involved in the process – not the players, not me – we didn’t know about it. We will have to wait to see how it develops.”

Leeds wore T-shirts in the warm-up emblazoned with ‘Earn It’ and the Champions League logo in a clear criticism of the Super League plans.

Klopp was unhappy with the stunt, saying: “I heard already there are warm-up shirts or whatever – we will not wear them. We cannot.

Read Also: Mourinho will walk away from Tottenham with package worth up to £20m

“But if somebody thinks they have to remind us that you have to earn [the right] to go into the Champions League, that’s a joke.

“That’s a real joke and it makes me angry. So they put it in our dressing room. If it was a Leeds idea – thank you very much. Nobody needs to remind us.”

The post Klopp: ‘I don’t know exactly why the 12 clubs did it’ appeared first on Sporting Life.

Harnessing the power of social media, Indian netizens support one another during the second...

Police employee stabbed to death at station near Paris

Europa League: It’s going to be difficult against Man Utd –...