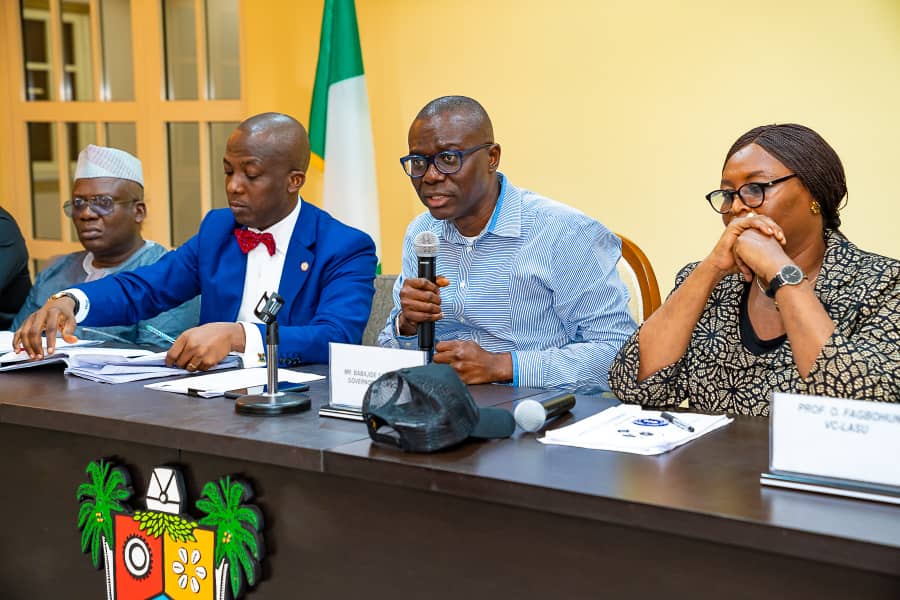 Lagos State Government has inaugurated a six-member Governing Board for Alternative High School for Girls In Aboju area of the state.

The moves aimed at promoting the growth of both formal and informal education in the state.

The state government, therefore, in demonstration of its commitment to full implementation of its mass literacy policy, charged the board to ensure that the school continues to excel in all its activities while sustaining its current impressive standard.

The Special Adviser to Governor Sanwo-Olu on Education, Barrister Tokunbo Wahab, inaugurated the board.

Wahab, who was represented by the Permanent Secretary, Mr Adeniran Kasali, stated that the government carefully selected technocrats with diverse experience and achievements in education and public service to let their knowledge impact the growth of the school.

“With a membership of this Board drawn from people with diverse experiences and achievements in education and public service, I am convinced beyond any reasonable doubt that this school is going to witness an unprecedented transformation in terms of infrastructure development, rich academic and skills acquisition development programmes in record time,” the Special Adviser assured.

The terms of reference of the new board, according to him, include: efficient governance of the institution, providing advice to the state government on policy matters affecting the school, bringing up suggestions or action plans for its development, raising the standard of teaching and learning in the school as well as accountability to the government, among others.

While noting that education remained a strong pillar upon which other developments rest, Wahab, explained that the administration of Governor Babajide Sanwo-Olu, right from inception had placed a high premium on efficient implementation of a sustainable educational system that would not only meet the United Nations’ requirements for the 21st Century sustainable growth in education but rank the State’s education sector among the best in the world.

He further explained that the prominent place accorded Education and Technology in the T.H.E.M.E.S development agenda of the current administration was not by accident, rather, it underscored the commitment to the provision of qualitative and quantitative education to the people of the state in tandem with the National Policy on Education for the growth of education.

While commending the management of the school for keeping the flag flying, the Special Adviser expressed satisfaction with the outstanding performance of students of the school in the external exams conducted by the West African Examinations Council in the year 2020, when the school emerged the overall best in the entire Agboju area of the state.

He revealed that the state government is favourably disposed to the establishment of additional alternative high schools in the remaining five divisions of the state for presence in each division.

While responding on behalf of other members, the Chairman of the board, Mrs Funmilola Olajide, promised that her team would work assiduously to ensure rapid transformation of the school.

She commended the state government for its huge investment in education, assuring that other members were ready to come up with initiatives to fast track the development of alternative schools in the state, adding that education remained the bedrock of development anywhere in the world.

Earlier, the Principal of the school, who is also one of the board members, Mrs Abimbola Ogunye, commended the state government for investing huge amounts in both formal and informal education

She appealed for support to solve some of the school’s current challenges such as inadequate security system, lack of access to ICT facilities, provision of a school bus and functional sickbay, among others.

Members of the newly inaugurated Governing Board include Mrs Funmilola Olajide, Director in the Standard and Accreditation Department, OSAE, who also doubles as the Chairman of the Board; Director of Finance and Accounts, OSAE, Mrs Fausat Akinsola; representative of Education District V, Mrs Elizabeth Yekini; representative of Agency for Mass Education, Mrs Ibukunolu Seriki; the Principal of the School, Mrs Abimbola Ogunye and teaching staff from the school, Mrs Olufunke Aina.

Petrol: No remittance to FAAC in May after N111bn subsidy deduction...