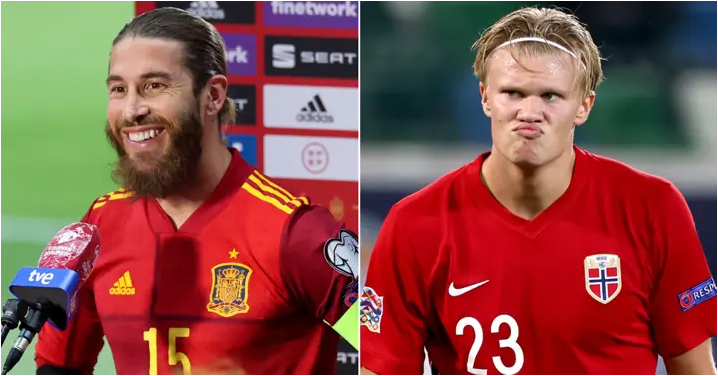 French newspaper L’Equipe have put together a best XI of European players missing Euro 2020 – and it might be absolutely unbeatable.

The mixture of overlooked players, stars from countries who haven’t qualified plus the odd unluckily injured player is genuinely mouth-watering to look at. L’Equipe’s missing men XI is – arguably – as strong as anything you can pick from the actual tournament.

It stars Europe’s best goalkeeper for a start in Jan Oblak, as Slovenia did not qualify. The Atletico Madrid stopper is behind an elite-level back four of Trent Alexander-Arnold (injured), Sergio Ramos (not selected), Virgil van Dijk (injured) and Theo Hernandez (not selected).

Frankly, the size and skill of Haaland and Zlatan would be enough to terrorise any defence. Unless that defence contained Ramos and Van Dijk – as this one does – two of Europe’s elite defenders over recent years.

There are other players that L’Equipe could have included in an all-European line-up, including Barcelona’s German keeper Marc-Andre ter Stegen (injured) or the French duo of Ferland Mendy and Anthony Martial.

But do you think L’Equipe have got the line-up pretty much spot on. Is there an all-Euro 2020 XI that would best this absentee team?

Euro 2020: Dembele Ruled Out Of Tournament With Injury