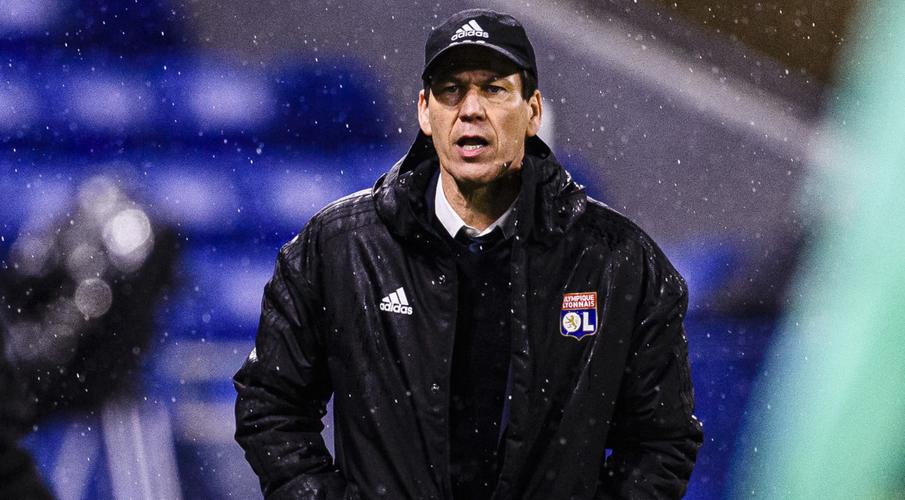 Lyon coach Rudi Garcia will attempt to shake off his side’s bitter midweek French Cup quarterfinal exit to Monaco and derail the Ligue 1 title hopes of his former club Lille on Sunday.

Garcia criticised referee Stephanie Frappart after Lyon had what appeared to be the opening goal disallowed in Wednesday’s 2-0 home loss, and for a yellow card shown to Memphis Depay that will rule him out against Lorient next month.

“It’s an elimination that was not at all deserved,” said Garcia. “We had too many things go against us. I don’t think the refereeing was at the level of the two teams.”

He added: “What do you want me to say to the players other than to congratulate them for the performance and that it’s how we need to play Sunday against Lille and at Monaco in the league.”

After failing to qualify for Europe last season, Lyon are at the very least aiming for a top-three finish, with the leading four teams separated by just three points with five matches to play.

Garcia was in charge of Lille when they won a domestic double in 2011, the club’s last silverware, and, depending on other results, Lyon could replace them at the top with a victory at Groupama Stadium.

Lille coach Christophe Galtier is doing his best to exude calm, having seen side his occupy first place for much of the last three months.

“We’re not under pressure, because we make sure that there isn’t any,” he said. “But there’s a real desire to create something special.”

Paris Saint-Germain will have the chance to climb above Lille when they visit Metz on Saturday, four days before their Champions League semifinal first leg at home to Manchester City.

Mauricio Pochettino’s men powered into the last four of the French Cup with a 5-0 rout of Angers, as Mauro Icardi scored a hat-trick while Neymar bagged his first goal since late January.

“I feel good and I feel confident. I’m very happy to be able to come back after a difficult year affected by injury,” said Icardi, who grabbed a 95th-minute winner against Saint-Etienne last week.

“I’m getting there bit by bit and scoring goals is always important for a forward.”

Neymar is available again after serving a two-match ban for his red card against Lille. Injuries and suspensions have limited him to 13 appearances in the league this season.

Niko Kovac’s Monaco are the in-form side and have scored 14 times without reply in their past four outings.

They could also go above Lille by making it 14 victories in 17 games this year, away to Angers, who have slid to 12th following a run of just one win in 11.

One to watch: Pol Lirola

The Fiorentina loanee notched his first two goals for Marseille in last weekend’s 3-2 victory over Lorient, hitting an injury-time winner to boost his side’s European prospects.

Read Also: Kroenke has no plan to sell Arsenal and will foot bill for ESL exit

Lirola, 23, has blossomed since the arrival of Jorge Sampaoli, whose 3-5-2 system has allowed the Spaniard to attack down the right and yielded 13 points from a possible 18.

His form makes a compelling case for Marseille to activate their option to buy Lirola for 12 million euros, although OM will likely try to strike a deal for less with his parent club.