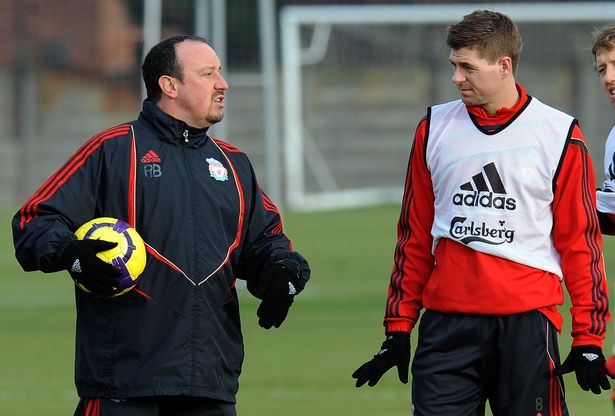 The Athletic claims Toffees chiefs are exploring numerous options as they hunt for a new boss.

And they could turn to one of Anfield’s favourite sons in their bid to reach Europe.

The Toffees had been planning for new signings under the Italian tactician.

And they are now eager to quickly appoint a new gaffer so they don’t lose ground in the transfer market.

It’s believed Gerrard has caught Everton’s eye after his incredible season with Rangers.

The Glasgow outfit stormed to the Scottish title with an unbeaten campaign.

And despite being tipped to eventually replace Jurgen Klopp at Liverpool, Gerrard could instead find himself in the blue half of Merseyside.

Likewise, Benitez has also made Everton’s list despite being regarded as a Liverpool legend for winning the Champions League in 2005.

The Spaniard is out of work after leaving Chinese side Dalian Pro in January.

But his fine spell with Newcastle between 2016 and 2019 has not been forgotten by other Premier League sides.

And, with his family still living on Merseyside, Benitez may jump at the chance to cross city lines.

Everton will now look to get a new manager in as soon as possible.

But there are a host of other names on their shortlist, including former boss and West Ham gaffer David Moyes.

“Let’s live in love, even if we disagree” Daddy Freeze advices Nigerian pastors to...

Usher and girlfriend announce they are expecting second child together