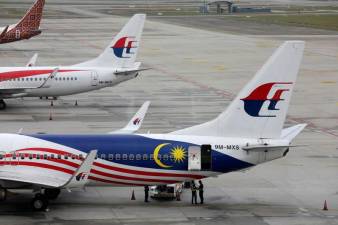 KUALA LUMPUR: The parent company of Malaysia Airlines said on Thursday it was nearing the end of a debt restructuring process which it hopes will be completed by the end of the first quarter of this year.

Malaysia Aviation Group (MAG) said it was in talks with around 40 creditors and lessors to take a haircut in its RM16 billion debt restructuring plan, adding it was confident it could achieve a “win-win” result for all.

MAG has been in discussions with creditors for months as part of efforts to turn around Malaysia’s national carrier, long beset by high costs and a bloated workforce.

The group warned leasing companies in October that state fund Khazanah Nasional, its sole shareholder, would stop funding the group and force it into a winding down process if restructuring talks with lessors fell through, Reuters reported previously.

“Good progress has been achieved with full support by a large majority of its creditors for a consensual agreement,” MAG said in a statement about the restructuring process.

Malaysia has been looking for a strategic partner for its national carrier. Khazanah took it private as part of broader restructuring in 2014, but efforts to turn around the business have been further upended more recently by Covid-19.

MAG said in the statement it was considering using a British scheme to carry out the restructuring, pending confirmation from some minority creditors. – Reuters

Conservative job market expected in most sectors in 2021

KPower teams up with Public Islamic Bank for NEM 3.0