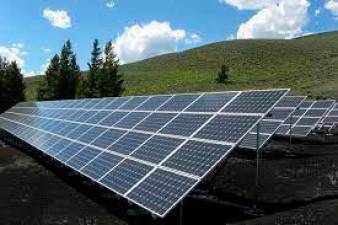 KUALA LUMPUR: Intel’s Malaysian operations are now harnessing solar energy to help power its six buildings across its Kulim and Penang campuses, thanks to a 3.2 megawatt (MW) solar installation completed in January this year.

In a statement, it said the project is Intel’s largest solar farm outside the US.

The installation is achieving 4.1MW in total installed capacity which is provided by NEFIN, a renewable energy developer.

The completion of this project contributes about 15% of Intel’s global, on-site solar photovoltaic electric power capacity. It will also reduce carbon dioxide emissions by about 3,800 tonnes.

“Our continued investments in alternative energy is a key pillar of Intel’s continued commitment to operating our manufacturing facilities with the lowest impact to the environment.

“The use of renewable power generated on-site at Intel Malaysia is a critical part of Intel’s efforts as a responsible corporate citizen to doing better by our planet, and as part of our RISE 2030 goals of achieving 100% renewable power,” said Robin Martin, Intel Malaysia corporate vice-president and general manager of assembly test manufacturing and managing director.

RISE 2030 builds on the Sustainable Development Goals set in 2015 by the UN General Assembly and intended to be achieved by 2030. It aims at promoting and achieving justice, equality, sustainability, and peace. – Bernama

Biden leaves his mark on markets in first 100 days