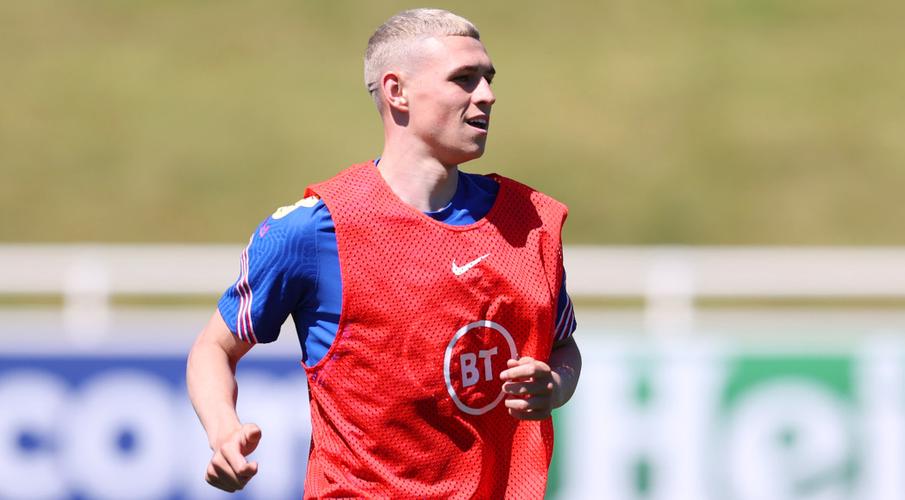 One of the few certainties about the England line-up ahead of their Euro 2020 opener against Croatia on Sunday is that they will take the knee before kickoff.

However, the formation, tactical approach and personnel that manager Gareth Southgate will utilise after that anti-racist gesture are mostly unknown – and not because of some masterful secrecy in his camp.

Usually there are one or two question marks heading into a tournament opener but in the case of Southgate’s England there are enough for a full evening of pub quiz.

Harry Kane will lead the line and captain the team and John Stones will play in the centre of defence but beyond those two certainties there are only probables and possibles.

The injury to central defender Harry Maguire has given Southgate his biggest headache – does he trust the inexperienced Aston Villa centre-half Tyrone Mings enough to partner him with Stones in a conventional back four?

If not, he will probably revert to three at the back and play with wing-backs.

With Jordan Henderson only just returning from injury, Declan Rice is the most obvious starter in the holding midfield area, but will he fly solo or with a partner such as Kalvin Phillips?

The most exciting part of the England team is the creative midfield area. Phil Foden, Mason Mount and Jack Grealish are all exciting talents, but is Southgate brave enough to play all three together?

And then there are Marcus Rashford and Raheem Sterling, considered certainties a year ago to play either side of Kane but who have both been below their best in recent months.

Normally the pre-tournament games would give a clue to a coach’s thinking but Southgate decided to rest his Manchester City and Chelsea players after they played in last month’s Champions League final.

England need no reminders of the quality of opponent they face at Wembley – Croatia defeated Southgate’s side in the World Cup semifinal in 2018.

“Luka is unique, he is the ultimate professional and he’s earned it all at both club and international level, having become the best midfielder in the world,” said Kovacic.

“He’s given everything to Croatia and his club, he deserves to be remembered as one of the world’s top midfielders.”

But as memorable as the win in Moscow was, Kovacic knows this will be another challenge.

“It’s been three years and this is a different tournament. But of course we will be going for a win again because it would be a massive confidence boost for the rest of the tournament,” he said.

The post Many questions hang over England ahead of Croatia clash in Euros appeared first on Sporting Life.