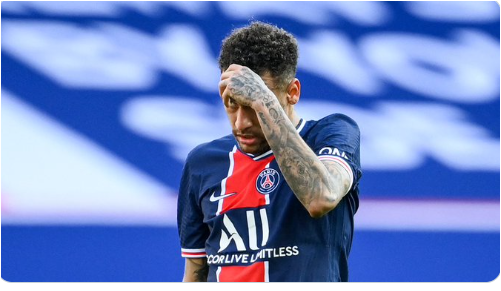 Paris St Germain forward Neymar has been suspended for their next two Ligue 1 matches after he was sent off in Saturday’s 1-0 league loss to Lille, the Disciplinary Commission of the French professional league (LFP) said on Wednesday.

Neymar was sent off when he picked up a second yellow card for shoving Tiago Djalo, who reacted with a foul-mouthed rant and was also shown a red card, as Lille leapfrogged PSG to grab a three-point lead in Ligue 1.

The LFP handed Neymar a three-match suspension but said one game would be suspended, meaning the Brazilian will miss Saturday’s trip to Strasbourg and St Etienne’s visit the following weekend.

The LFP added that Djalo would be banned for two games, with one match to be suspended.

Neymar, who was making his first Ligue 1 start in over two months, has been sent off three times in his last 15 Ligue 1 appearances stretching back to the end of last season.

CRIMINAL HERDSMEN IN S/EAST: Fish out Ebonyi killers within 72 hrs, Council Chairmen give...

Heineken UCL Special: Mbappe: The Heir To The Football Throne?