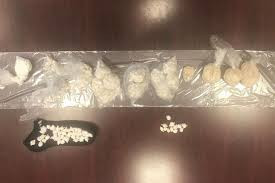 The police in India have arrested a 26-year-old Nigerian man, Bethel Kelechi Aroh, after seven kilograms of heroin was found on him. According to the police, Kelechi who resides in Delhi, was supposed to deliver the banned substance to one of the city’s pubs when he was arrested on Thursday, January 7. He was said to have been arrested outside Ambience Mall near Sirhaul toll plaza. Confirming his arrest, Preet Pal Sangwan, the assistant commissioner of police (crime), alleged that Kelechi used to buy drugs from peddlers in Delhi and supplied them to pubs and bars in Gurugram.”He used to live in Delhi, but we are yet to verify the details. We have recovered a photocopy of his passport and have sent the details to Nigerian high commission through the Foreigners Regional Registration Officer (FRRO). But we are yet to receive their reply,” he said.  Sangwan said Kelechi bought heroin for 20,000 and wanted to sell it for 35,000. However, the police received a tip-off, and he was arrested before he could deliver the drug. He said Kelechi came to India on a six-month tourist visa in 2020 and overstayed illegally with help from a friend who is also a drug peddler. The post Nigerian man arrested with seven kilograms of heroin in India appeared first on Linda Ikeji Blog.

The sins of a criminal few should not affect the law abiding and peaceful ones – Shehu Sani tells Governor Akeredolu over ultimatum to...

Tiffany Trump’s fiancÃ©, Michael Boulos, 23, proposed to her with a 13-CARAT emerald-cut diamond from Dubai estimated to be worth up to $1.2M (photos)

Asean should have own CDC, says Dr Jemilah Mahmood