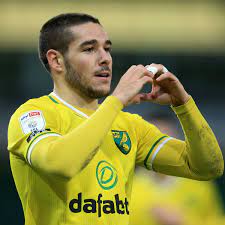 Arsenal and other club seeking to have Norwich playmaker Emiliano Buendia have been told to raise £30m or check the next shop.

The tricky playmaker has been linked with a Gunners move to fill their central attacking midfield position.

His stock has risen again this season after he reached 15 goals and 17 assists in 39 Championship appearances.

Those goal contributions helped Norwich to secure an immediate return to the Premier League, and it seems they are not keen to lose their star man.

Webber’s valuation also applies to full-back Max Aarons and 23-year-old Todd Cantwell, both of whom are attracting interest from Premier League clubs.

Here’s what the director told BBC Sport: “If we do sell one, it’s going to be a club-record deal.

“It’s probably going to start with a number three in front of it and that will give us great opportunities to maybe make the whole squad better as well. We’re really relaxed on that front.”

Arsenal have set their sights on Buendia to provide them with more creativity next season. He could replace Martin Odegaard in Mikel Arteta’s side, should the Gunners fail to sign him permanently from Real Madrid.