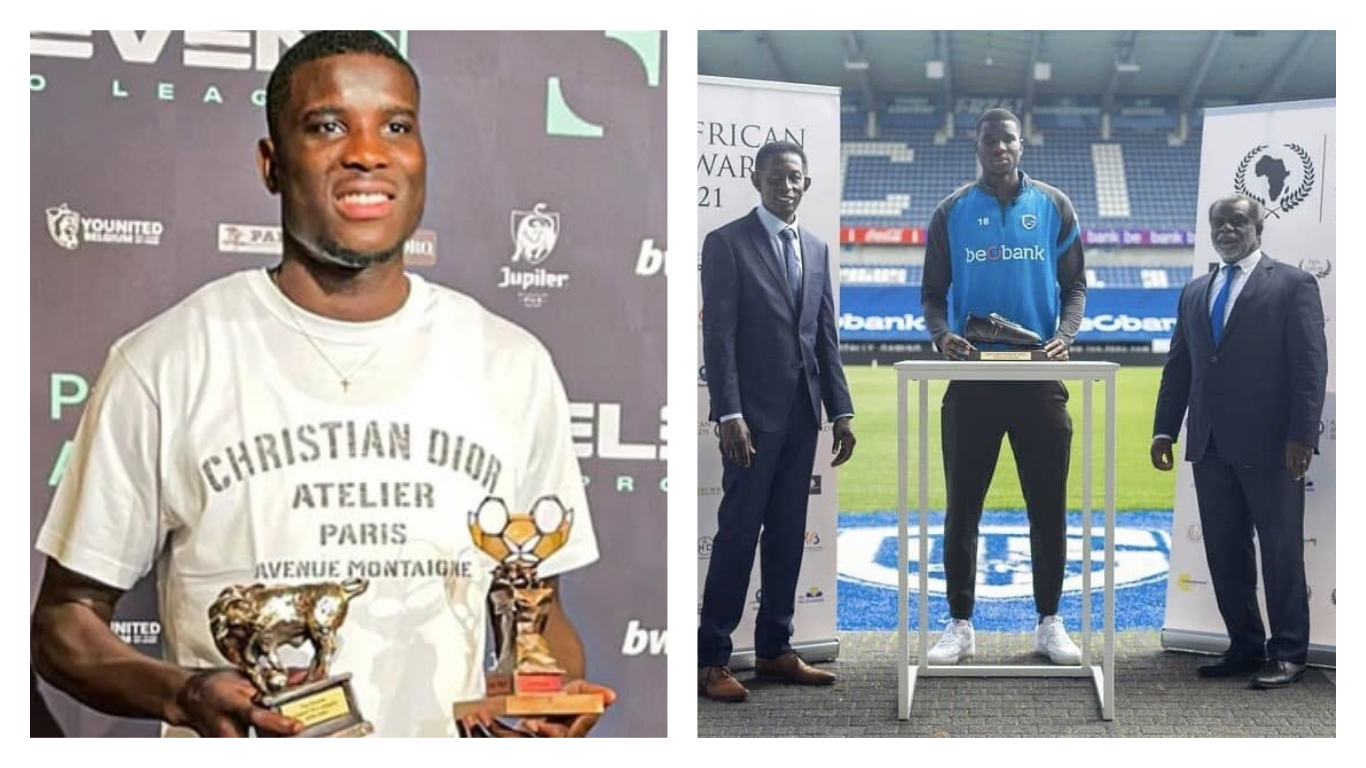 Nigeria forward, Paul Onuachu, has said it was a dream come true for him to win the best African player award in Belgium.

The Nigerian forward was awarded the top prize following his outstanding outing in the recently concluded 2020-2021 campaign, where he scored 33 times in the league.

read also:World Athletics, Confederation of African Athletics, AFN agree on Kebbi elections
Recalled the 27-year-old also won Belgian League Footballer of the Year and the top scorer’s award for the 2020/21 season to cap the outstanding seas

“It doesn’t happen to every footballer and I feel proud, honored, and delighted to win this special award as a Nigerian and significantly as a professional from Africa,” Onuachu told BBC Sport Africa.

“To pick up three awards in a season is unbelievable and I thank God, my teammates, and all the fans of Genk and Nigeria for the incredible support.” He said.

Meanwhile, Onuachu could be on the move from KRC Genk when the summer transfer window opens in few days.

According to reports, about three clubs have made inquiry about the big man and the club will only listen to offer in the region of €40m.

Blow for Scotland as Gilmour tests positive for Covid, to miss Croatia tie

Blow for Scotland as Gilmour tests positive for Covid, to miss...

Euro 2020 star Dumfries feels there is room for improvement