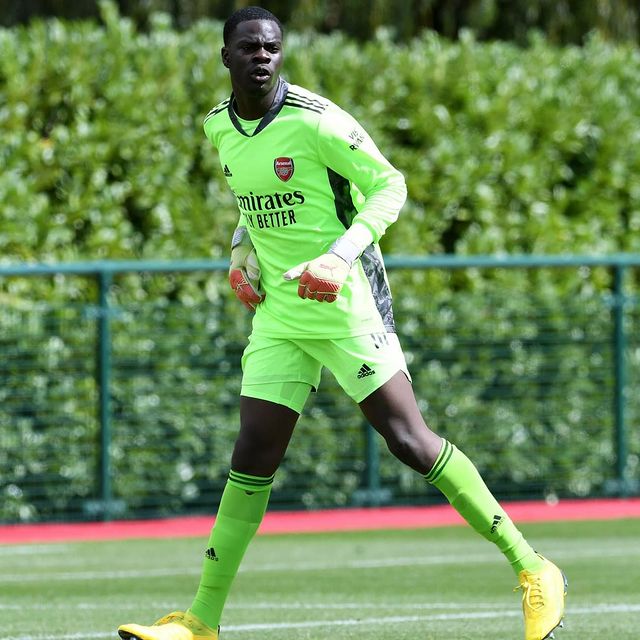 Ovie Ejeheri is close to signing a first professional contract with Arsenal.

The young goalkeeper, who recently turned 18, is in advanced talks over a new long-term deal and is among a number of youth players the Gunners are keen to tie down, having recently given a new long-term contract to striker Folarin Balogun.

Ejeheri, who has been at Arsenal for 10 years, remains in the midst of a three-way struggle for his international services between England, Nigeria and Uganda, says Sky Sports.

But the FA are keen not to lose out on his promise and called him up to their goalkeeper training camps last year.

Ndidi: Leicester City Must Continue Fighting On All Fronts