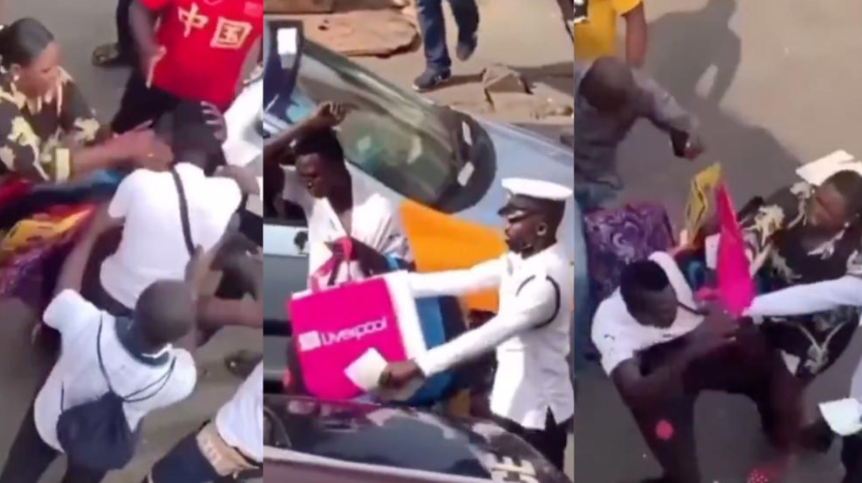 A pickpocket got more than he bargained for as he was slapped repeatedly by a woman he tried stealing from in a Ghanaian city.  In the video which has gone viral, passers-by also joined the woman to administer some slaps as the pickpocket tried to seek cover from it all.  The police had to whisk him away from the woman and other agitating forces. Watch the video below…….      View this post on Instagram           A post shared by Albert Hyde (@bongoideas)The post Pickpocket receives slap from woman he tried stealing from (video) appeared first on Linda Ikeji Blog.

Kidnap of Islamic pupils shows bandits are not targeting a particular religion, they are just looking for money – Gumi