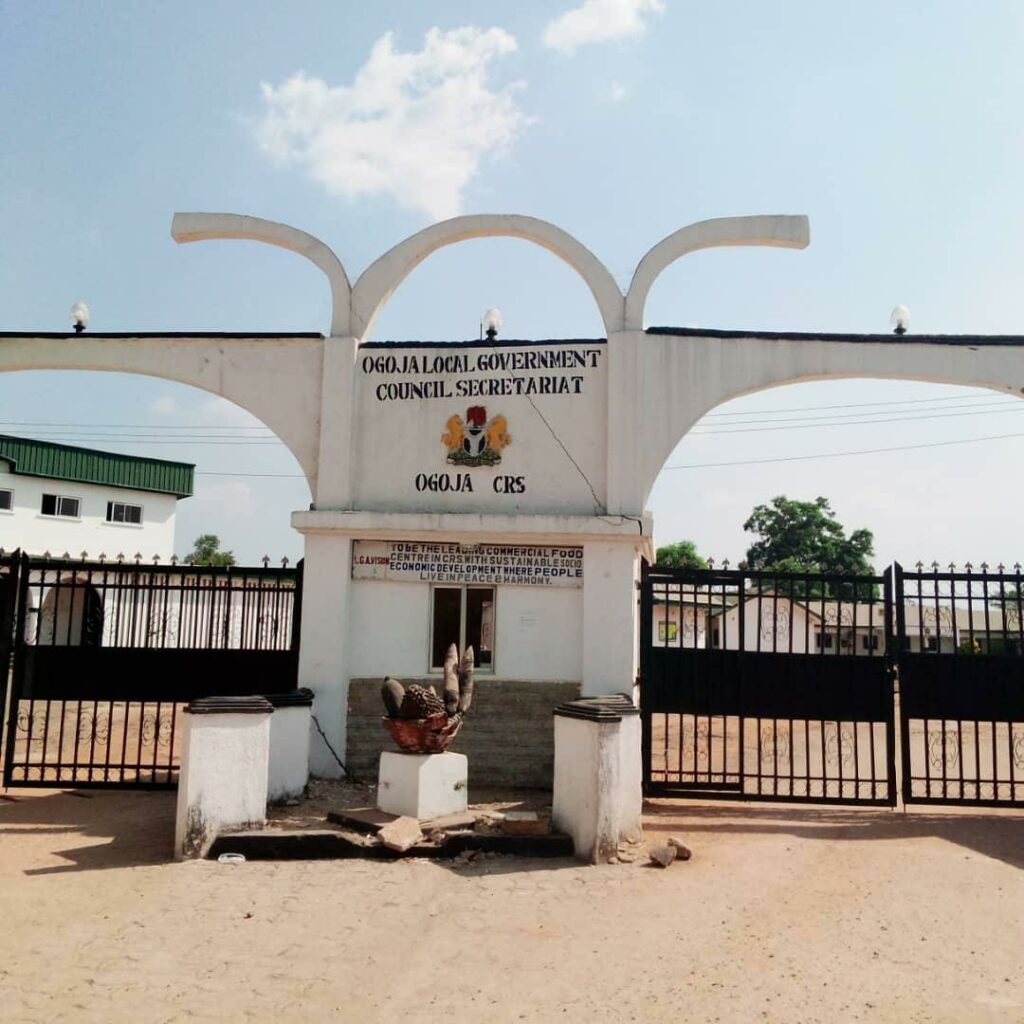 The Executive Chairman,Ogoja Local Governnent area ,Hon Ishabor Emmanuel has called on all developers of structures at Ndok Junction to present their Evidence of Allocation & Authority develop within 72 hours or risk revocation.

The Chairman made this known in a release signed by his Press Secretary, Justin Ilefa at the weekend ordering all developers to present their documents within 72 hours or risk revocation of such allocation as their structures or property will be considered and treated as illegal .

The release read :”Notice is hereby given all developers of any structure at Ndok Junction Market, belonging to Ogoja Local Government Council shall within 72hours from the publication of this notice present Evidence of Allocation and Authority to develop.

“They shall present such documents to the Executive Chairman, Ogoja Local Government Council for verification and Revalidation.

“Take further notice that defaulters shall have their Allocation Revoked.Please treat as urgent by order of the Executive Chairman, Ogoja Local Government Council,” he stated .

Vanguard learned that there are so many illegal structures at the said location which have been taken over or have become hideouts for criminals.

A source close to the LG boss disclosed that they would not tolerate any criminal in Ogoja neither would there be any safe haven for them,so any structure that doesn’t have approval would be treated as an illegal structure.

TNB subcontractor among four nabbed for cable theft in Kedah