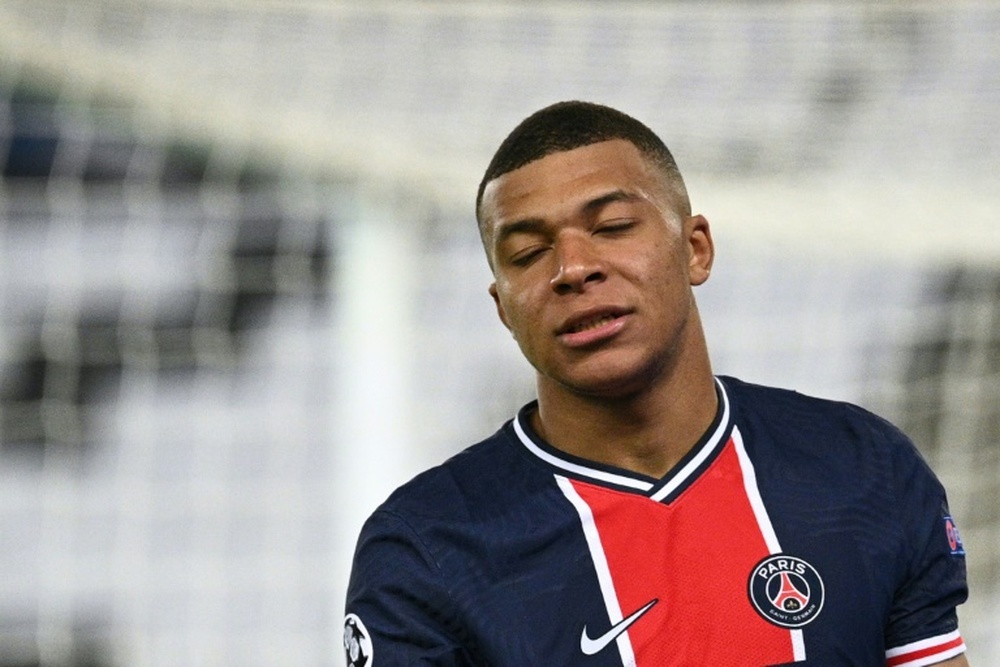 Mbappe missed PSG’s 2-1 win over Lens in Ligue 1 at the weekend with a calf problem but was included in the squad that travelled to Manchester.

“I think we need to assess Kylian. Today he is going to start training individually and then we’ll see if he can be with the team at the end,” Pochettino told reporters at a press conference on Monday just before his side’s last training session prior to the game.

“There is still one day and we have not yet decided if he can be available or not to play,” added Pochettino.

Losing Mbappe would be a huge blow for the Parisians as they try to overturn a 2-1 deficit from the first leg at home against Pep Guardiola’s side.

The France striker has starred for his club in this season’s Champions League, scoring a hat-trick in their 4-1 win away in Barcelona in the last 16 and a double away to Bayern Munich in the quarter-finals.

He first caught the eye of fans beyond France by scoring against Manchester City at the Etihad Stadium for Monaco in the Champions League last 16 in 2017, aged just 18. That was his first goal in the competition.

PSG will definitely be without midfielder Idrissa Gana Gueye for Tuesday’s game. He is suspended after being sent off late on in the first leg.

The French club are aiming to reach the final for the second season running after narrowly losing to Bayern Munich last year in Lisbon and Pochettino said motivating his side for the challenge would not be a problem.

“In these games, the semi-finals of the Champions League, I think ‘Houston, we have a problem’ if we need to motivate our players,” he said.

“We would need to have a chat if that was the case. Players love to play these games. Nobody wants to miss out.”

Pochettino is hoping for a repeat of what he achieved two years ago with Tottenham, who lost 1-0 at home to Ajax in the first leg of the semi-finals but won 3-2 away in the return fixture to reach the final.

That was after knocking out City in the quarter-finals. “We will need to be ready to suffer in some periods of the game but when we have our chances we need to be clinical and we need to be aggressive.

“We need two goals if we want the possibility to go through to the final — that is the objective and we are going to try.”