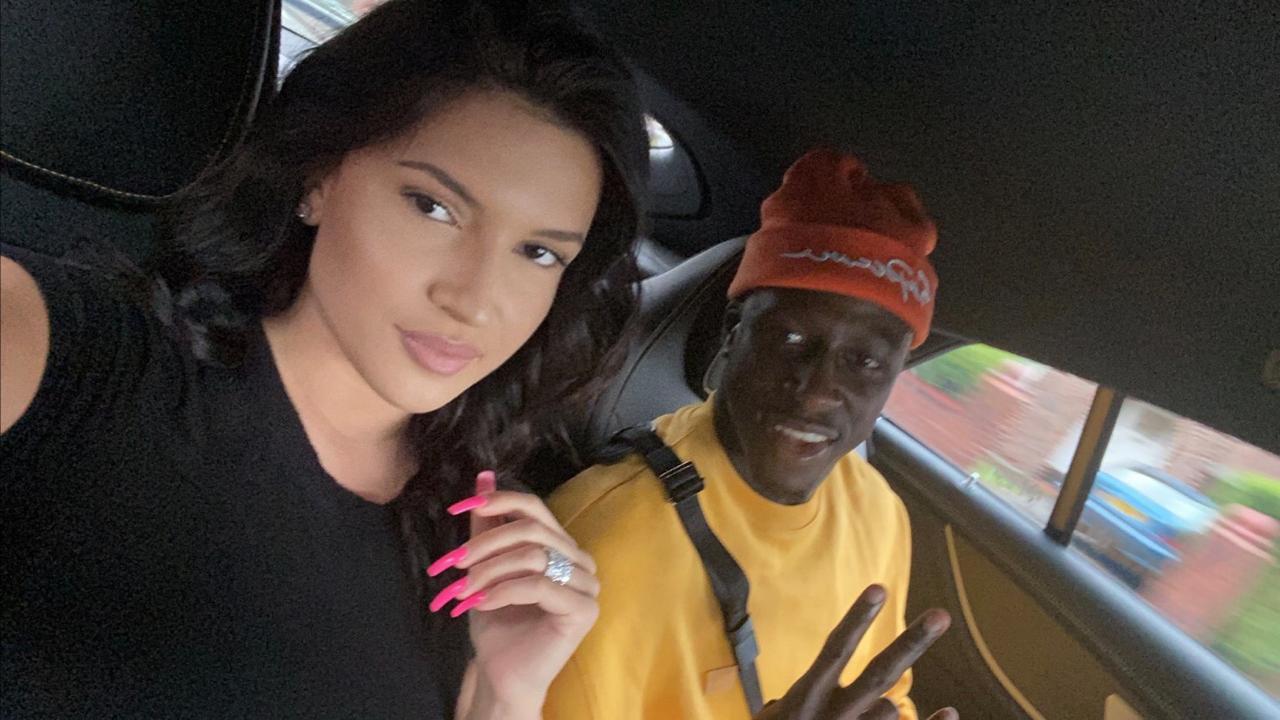 Covidiot footballer Benjamin Mendy flouted rules again when he flew a girl from Greece for a four-day romp.

We told last week how the Man City ace, 26, hosted a new year party for pals outside his bubble.

But it was not his first breach — last summer he wooed Claudia Marino online then flew her from Athens to his £5million Cheshire home from June 29.

The Government had ordered UK arrivals from June 6 to self-isolate for 14 days or face a fine.

When Claudia, 22, sent him a screenshot of the strict measures alongside a sad emoji, Mendy replied: “U stay in my house.

Claudia admitted she’d been up for fun and said they romped.

She added: “I’m not naive and I know what footballers are like but I thought it would be an experience.

“He was single so I wasn’t hurting anybody.

“We had some drinks and had a laugh. One day he took me to Leeds where he saw his dentist.”

Claudia flew back on July 2 and got a message from Mendy telling her to delete an Instagram video showing her inside his house.

Mendy has apologised for his new year do.

“In the stands, he was the most active player. He is a special guy for us and has an incredible heart. I would like to see how many people will now judge him and see if they have the good intentions that he has.

“But he has to understand some things. I would like to know how many people did this on New Year’s Eve, but normally in this society, we judge others when first we should judge ourselves.

“I’m not justifying it, he broke the rules. But don’t give too many lessons to others.”

COVID- 19 vaccines as killers: You’re on your own, Govs tell Bello

MCO 2.0: Primary, lower secondary students to stay home but all private kindergartens may...

Enyeama: Ejide Contributed To Me Being One Of The Best Goalkeepers...