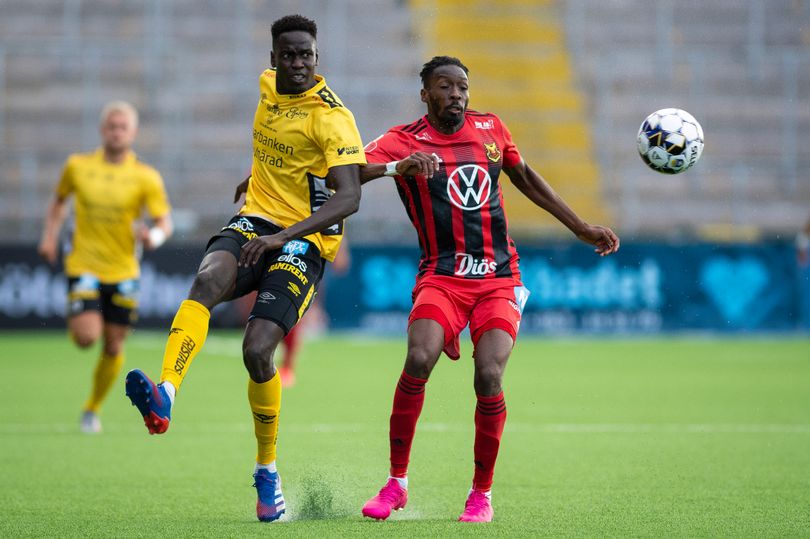 Rangers and Celtic have both tabled bids for Elsborg star Joseph Okumu according to reports in Sweden.

But it’s French sides Lorient and Reims who appear to be leading the way for the towering Kenyan.

Okumu has been linked with a move to Scotland recently with the Swedish press crediting Steven Gerrard’s team with an interest in the 24-year-old.

The versatile defender comes highly rated and has been one of the stars of the Elfsborg side in recent months.

He is widely expected to move on soon and there is a feeling at Elfsborg that they stand to make a significant sum for his services.

Aftonbladet are claiming that five clubs have already made bids – Rangers, Celtic, Lorient, Reims and Belgian side Gent.

But the French contingent are believed to be out in front with both Lorient and Reims prepared to pay a fee that amounts to around €3m (£2.58m).

The other three clubs have tabled lower bids but at this stage it’s unclear if either Premiership side will come back with a bigger offer to gazump the Ligue 1 teams.

Elfsborg are understood to be holding out for around €4m (£3.4m) and as things stand it’s believed Lorient are closest to matching that asking price.

Okumu is believed to be keen on a move away and last month he hinted at a desire to take the “next step” in his career.