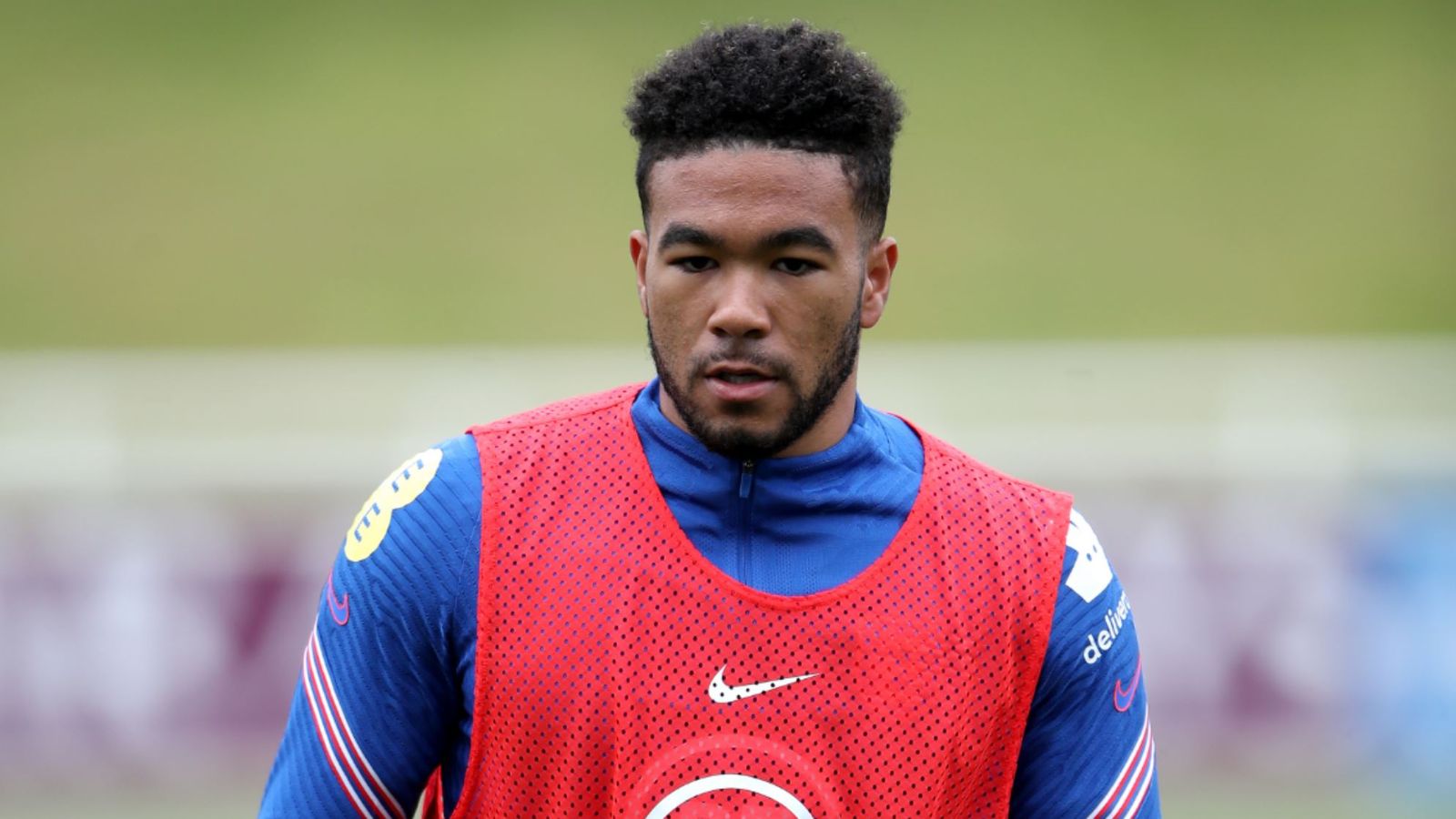 Reece James will go up against Kieran Trippier and Kyle Walker for right-sided defensive roles when England get their Euro 2020 campaign under way against Croatia on Sunday; a 3-4-3 formation from Gareth Southgate could see two of those players selected for their Group D opener at Wembley

Reece James admits he has taken up three different positions during England training as the Chelsea defender waits to learn what role he could play under Gareth Southgate at Euro 2020.

James was one of four right-backs initially named in Southgate’s 26-man squad before Trent Alexander-Arnold withdrew through injury.

Amid reports Southgate could switch to three at the back for their Group D opener against Croatia on Sunday, James said he has played at centre-back, right-back and wing-back during training.

Reece James says it was ‘great’ to see Harry Maguire return to training ahead of England’s Euro 2020 opener against Croatia on Sunday.

“[I’ve trained in] probably the positions you can guess,” James said. “Wing-back, centre-back, right-back. I’ve played all three so far, so I don’t really know what’s going to happen or what position I might feature in.”

He added: “I played right-side centre-back many times coming throughout the academy so the position wasn’t new to me

“It’s much different to wing-back, you can’t really go forward. Wing-back you have the license to push on and join in attacks, but right side of a three you’re kind of limited to where you can go and what you can do.”

My First Season At Arsenal Was Tough – Partey

Why Messi Is Better Than Ronaldo -Donadoni

Turkish side Trabzonspor in love with Ademola Lookman

Universiti Malaya looking into case of medical student being barred from...

AC Milan to make Kjaer Captain after helping to Save Eriksen