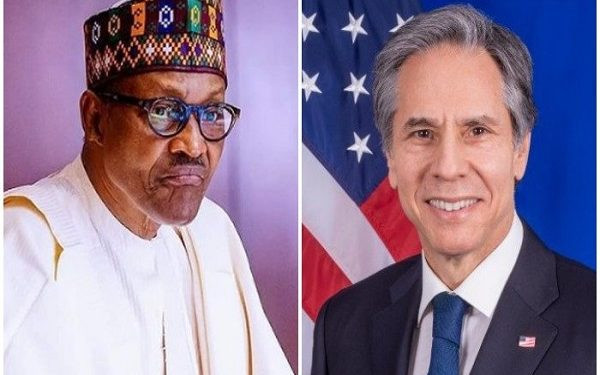 The United States Secretary of State, Antony Blinken, has kicked against the Buhari-led government’s decision to suspend Twitter operations in the country. In a statement released today June 10 by his media aide, Ned Price, Blinken argued that the restriction of social media use has no place in a democracy. The statement reads “The United States condemns the ongoing suspension of Twitter by the Nigerian government and subsequent threats to arrest and prosecute Nigerians who use Twitter.The United States is likewise concerned that the Nigerian National Broadcasting Commission ordered all television and radio broadcasters to cease using Twitter.Unduly restricting the ability of Nigerians to report, gather and disseminate opinions and information has no place in a democracy. Freedom of expression and access to information both online and offline are foundational to prosperous and secure democratic societies.We support Nigeria as it works towards unity, peace, and prosperity. As its partner, we call on the government to respect its citizens’ right to freedom of expression by reversing this suspension.” On Friday, June 4, the Federal government suspended the operations of Twitter after the micro-blogging site deleted a tweet referencing the civil war that was shared on the President’s handle. The Federal government on Wednesday, June 9, said Twitter has since reached out for negotiations and that the site like all other Over The Top platforms must be licensed by the National Broadcasting Commission before they can henceforth operate in the country. The post “Respect your citizen’s rights”- United States Secretary of State, Antony Blinken kicks against FG’s Twitter ban appeared first on Linda Ikeji Blog.

Kidnap of Islamic pupils shows bandits are not targeting a particular religion, they are just looking for money – Gumi

Will Wonder Ever Get this Big Break She’s Craving? Catch Episode 5 of Red...