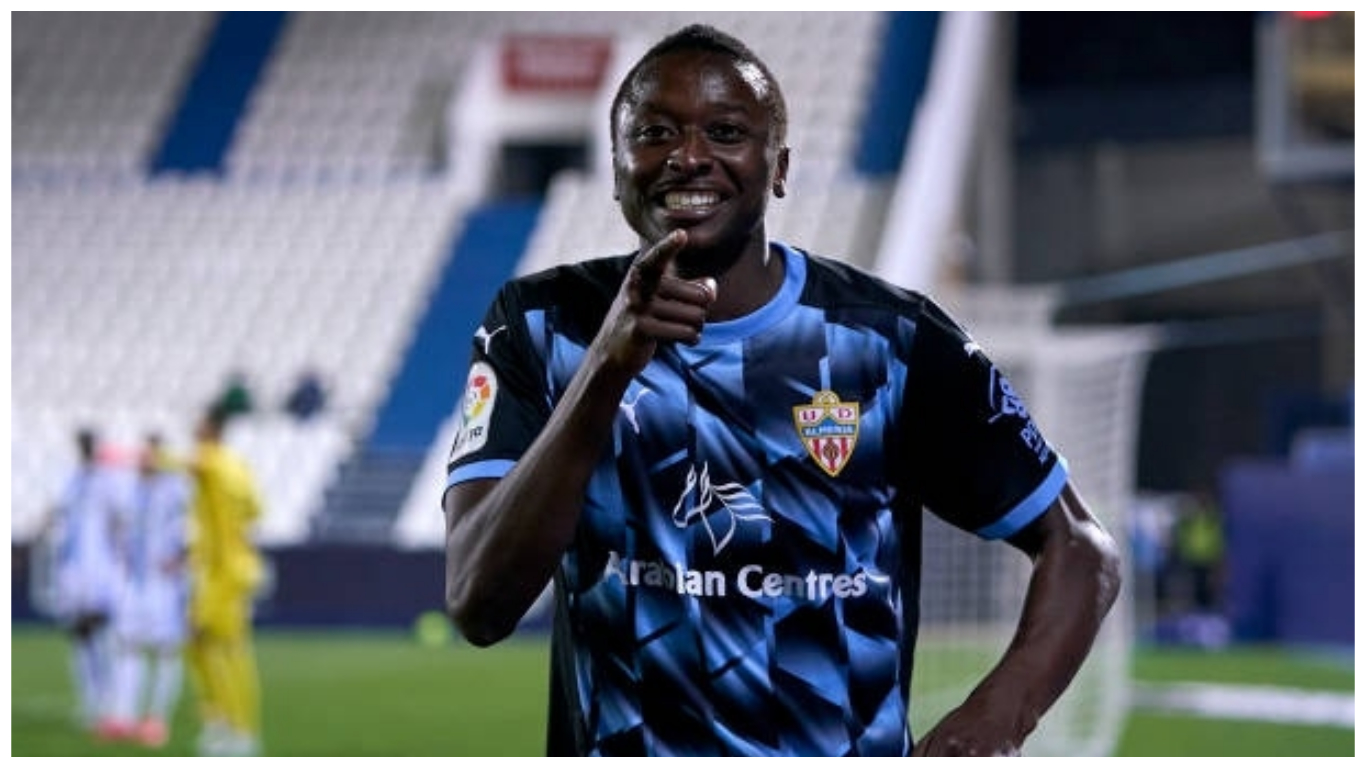 Almeria star, Umar Sadiq, has refused to shut the door on a potential departure from the lower league side after their La Liga dreams faded at the playoff stages.

Sadiq, Almeria’s leading goalscorer this season, was one of the key reasons La Union made it to the playoffs. The former AS Roma ace smashed in 20 goals in 40 Segunda Division games to help Almeria finish in the top six spots.

But fellow promotion hopefuls Girona defeated Juan Ferrer Sicilia’s men 3-0 over two legs to force them to stay in La Liga Smartbank for at least one more season.

It is a disappointing ending to the season for Sadiq, who once made it clear that his primary aim, even more than winning the top goalscorer award, was helping Almeria rejoin the league of elite clubs in Spain.

Transfer talks this summer are likely to centre around a striker who netted 28 goals in all competitions this term – six for Partizan Belgrade before moving to Spain, two in the Cup games, and 20 league goals for Almeria.

La Liga side Sevilla have already been credited with an interest in the Super Eagles invitee, and clubs from Italy and England may soon enter the fray.

Almeria will expectedly want to hold on to their star striker. Still, Sadiq has not ruled out the possibility of joining a bigger club this transfer window, hinting that his agent will consider all requests.

“Regarding me joining another club, I don’t want to discuss it,” the ex-Rangers lad said, as per Marca Almeria via Sports247.

“I just want to remain cool and enjoy the break while my manager takes care of that.”

Just 24, Sadiq already has a wealth of experience playing in some of Europe’s finest first divisions.

The Kaduna-born forward has featured in the Serie A for Roma, the Scottish Premiership for Rangers, and the Eredivisie for NAC Breda.

However, the Nigerian’s contract with Almeria will not expire until June 2025.