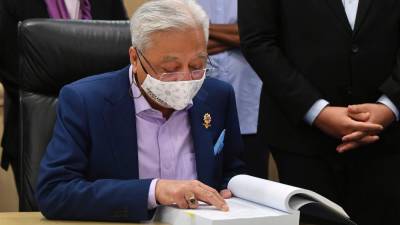 However, profit likely fell about 27% when compared with the previous quarter, analysts said, due to weaker smartphone sales, marketing costs and a strong won versus U.S. the dollar.

The company provides only estimates of quarterly revenue and operating profit in its preliminary earnings release. Full earnings are due later this month.

“Samsung’s supply comments, and investments in non-memory chips, will be issues to watch out for when full results are announced.”

Analysts expect Samsung to report a jump in memory chip shipments in the December quarter, compared with the prior quarter, offsetting lower prices.

Those prices will likely rebound in the first half of this year, analysts said, as data centre customers return to buying chips, as well as demand from 5G smartphones, notebooks, graphics and automotive.

Samsung’s share price has been boosted by a global shortage of chips that has forced firms to scramble to secure production capacity from contract chip manufacturers, or foundries.

Samsung Electronics shares rose 2.2% in early trade, compared to a 1.8% rise in the wider market, having risen about 56% since September.

South Korea expects semiconductor exports to rise more than 10% in 2021, as the pandemic encourages companies to add bandwidth for remote work and consumers to buy devices.

On the flip side, Samsung likely recorded an estimated 17.5% drop in smartphone shipments in the December quarter compared to the previous quarter, Counterpoint Research said, due to a high base from brisk sales in the September quarter and competition from Apple’s new iPhone 12.

Samsung is expected to unveil its latest flagship smartphone next week. That would be earlier than in past years, a strategy Counterpoint said was likely aimed at filling the vacuum left by Huawei Technologies losing market share after U.S. government regulations restricted supplies.

A strong won against the U.S. dollar also dented profits. Samsung makes the bulk of its profits in dollars but reports in won. – Reuters

SDMC: Authorities yet to determine if death of Covid-19 positive man in Sarawak is...