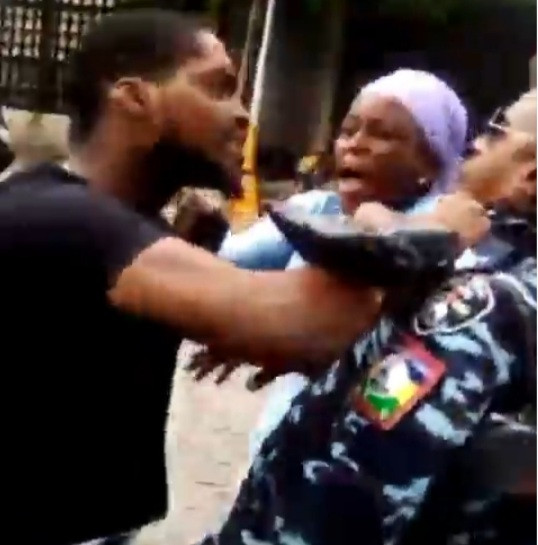 Here’s the video of a Nigerian man assaulting a uniformed police officer, ASP Erhabor in Victoria Island, Lagos, after he and his friend were stopped for driving against traffic. In a video shared online, two men are seen confronting a police officer – one verbally and the other physically. The one physically assaulting the officer, pushed him multiple times and also held him by the collar of his uniform. The other friend is heard saying: “You Don already scatter our car, on top of wetin? On top of money we you want collect? “Wetin dey happen? Una want start una rubbish again? You wan shoot me? “You go lose your job oh. Because of one-way na im you wan kill us?” However  the Police officer, who was armed with his official AK 47 rifle, displayed a high level of professionalism despite the fierce provocations. The man who physically assaulted police,  Victor Ebhomenyen, has reportedly been arrested for reckless driving and assaulting a policeman. His friend who verbally assaulted the police is wanted by the police. 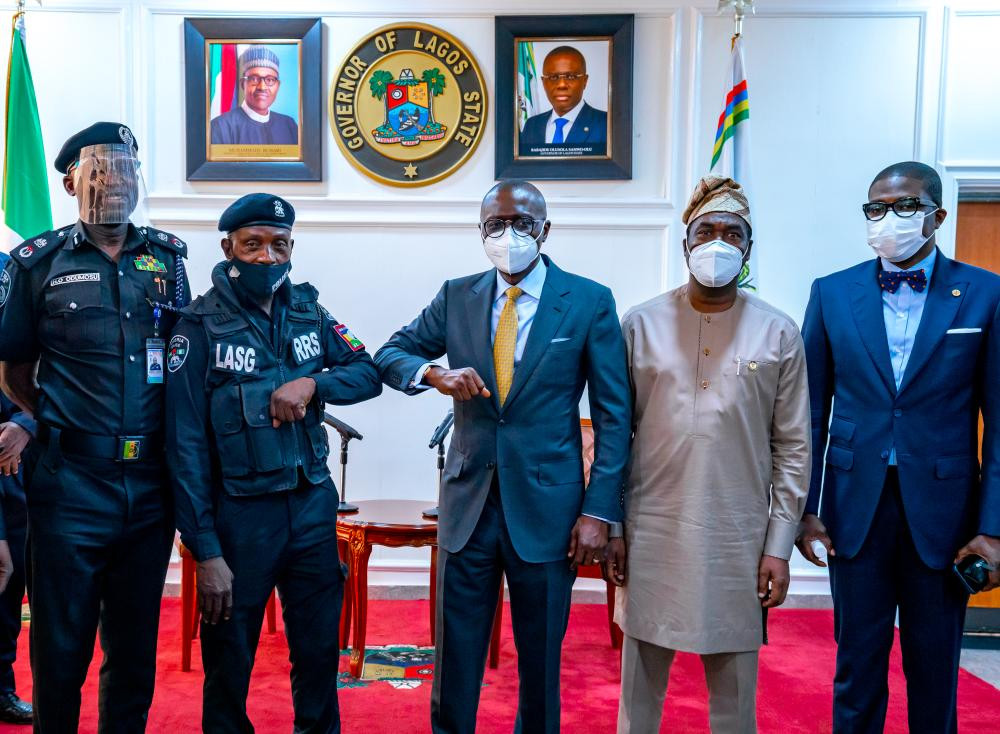 Governor Sanwo-Olu has since hailed ASP Erhabor for displaying high level of professionalism and calmness by restraining himself from taking laws into his hands, despite being assaulted while trying to arrest Ebhomenyen for driving against the traffic. Speaking at the Lagos House, Ikeja on Monday April 19, while receiving ASP Erhabor, Governor Sanwo-Olu said the action of the Police officer is a testimonial and encouragement for other officers to show that they can be civil in the face of provocation or assault from suspected criminals.”This is our own little response to the very condemnable events that happened over the weekend. We are all very quick to condemn men of the Nigeria Police, especially when they are found wanting. We are always very quick to also admonish them. But the event that we all saw over the weekend showed that indeed there are some very commendable Police officers.“In the real heat of provocation, ASP Erhabor displayed high quality of restraint. He displayed calmness and restrained himself from taking laws into his hands. And I think for that little gesture, it is important for us to bring him out so that we also can use him as a testimonial and encouragement for other Police officers to show that indeed they can be civil and that Police are meant to protect our citizens.” He said Watch the video below…      View this post on Instagram           A post shared by Lindaikejiblog (@lindaikejiblogofficial)The post See video of traffic offender assaulting the uniformed police officer who was honoured by Governor Sanwo-Olu for his professionalism (video) appeared first on Linda Ikeji Blog.

Queen Elizabeth and Britain to bid farewell to Prince Philip

I can take a bullet for Kwankwaso – Kano woman claims...