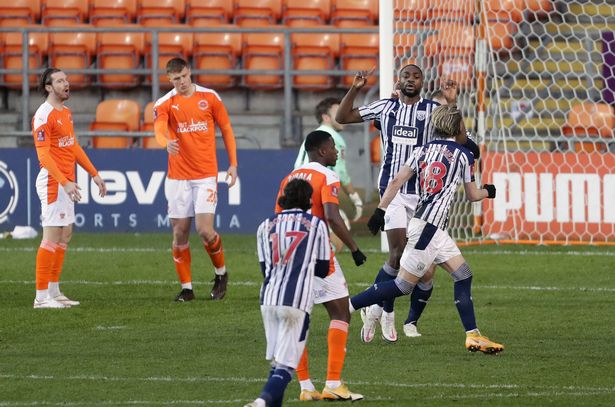 The third-tier side held their Premier League opponents to a 2-2 draw in full time, going on to win 3-2 in a penalty shoot-out.

Blackpool went 1-0 ahead in the 40th minute when Jerry Yates finished off a pass from Lubala to put the Cherries in the lead. Super Eagles defender Ajayi, restored parity for the baggies in the 52nd minute with a towering header, only for West Brom to fall 2-1 behind in the 66th minute, courtesy of a Gary Madine goal.

ALSO READ: Van de Beek will get his chance at Man United ― Solskjaer

It took a Matheus Pereira penalty to keep the Premier League side in the game, which he scored with ten minutes remaining.

Blackpool keeper Chris Maxwell, stepped up during the penalty shootout to save three spot-kicks from the Baggies, sending them through to the next round of the FA Cup.

Speaking to BBC Sport after the match, West Brom boss, Sam Allardyce said: “The quality of our penalties were not of the right quality to win us the game. I saw how tough it would be. The most disappointing thing for me is the goals came from lapses in concentration.”

“We came back from it. Was it a penalty? I’m not sure, I haven’t seen it back but [Matheus Pereira’s spot-kick] gave us a chance to win the game.

“We only have one striker fit at the minute after Charlie [Austin] left for QPR. My job now is to raise as much money as we can and get the players we need in January.

“We’re not good at scoring goals and we’re not good at keeping a clean sheet. I need to sort both of those things out. We need to find new players to lift our performances and lift our spirits.”

Allardyce and West Brom will be looking to banish the FA Cup nightmare with an improved performance when they face Wolves in the Premier League on Saturday, 16th of January

Amcham: Allow businesses to operate at maximum capacity with SOPs