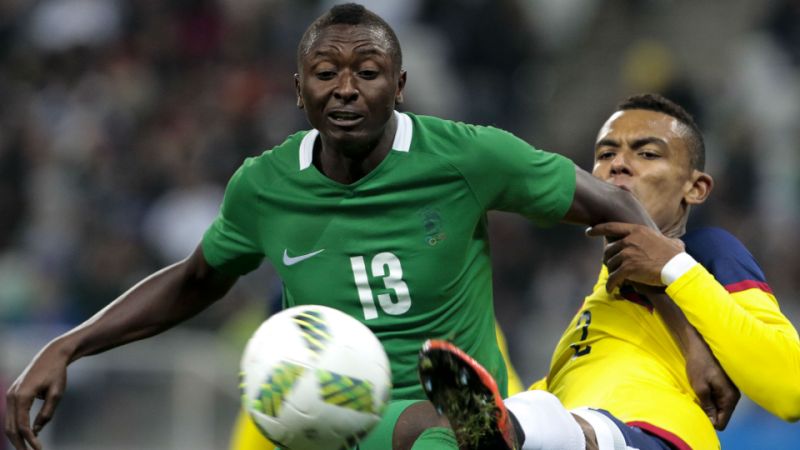 Former Nigeria coach, Samson Siasia, has backed Almeria striker, Umar Sadiq for his maiden invitation to the Super Eagles after his fine performances in the Spanish second division this season.

The Nigeria U23 star is enjoying a rich vein of goalscoring form in Spain since he joined Rojiblancos on a five-year deal from Serbian club Partizan Belgrade in October.

He has scored nine goals in 18 appearances in the Segunda Division, which include a hat-trick against Ponferradina last Sunday.

Sadiq was part of the Dream Team VI that won bronze at the 2016 Olympic Games where he contributed four goals in six appearances, and he is yet to be considered for an international assignment in over four years.

When asked if the 23-year-old is ready for a role in Gernot Rohr’s team, Siasia told the Punch; “I believe Umar is ready to join the senior national team.

“I know him very well, he has grown to become disciplined, mature and a much better player.

“Osimhen and Umar are two different and unique players.”

Sadiq, meanwhile, is ready to wait for his opportunity with the Super Eagles as he acknowledges the abundance of Nigeria-eligible talents across the world.

“First of all, Nigeria is blessed with young talented players,” the former Roma striker told the Nation. “We have a lot of them. We are growing there in all the leagues of Europe.

“You can see a good number of Nigerian players in all the leagues of Europe. Some are even playing for the England national team.

“I will say that I will just wait for my time and when it comes, I hope I will just grab it. I have no doubt about it one day it will happen and we would all see it. At the moment I’m focusing on my club after playing in the Olympics.”