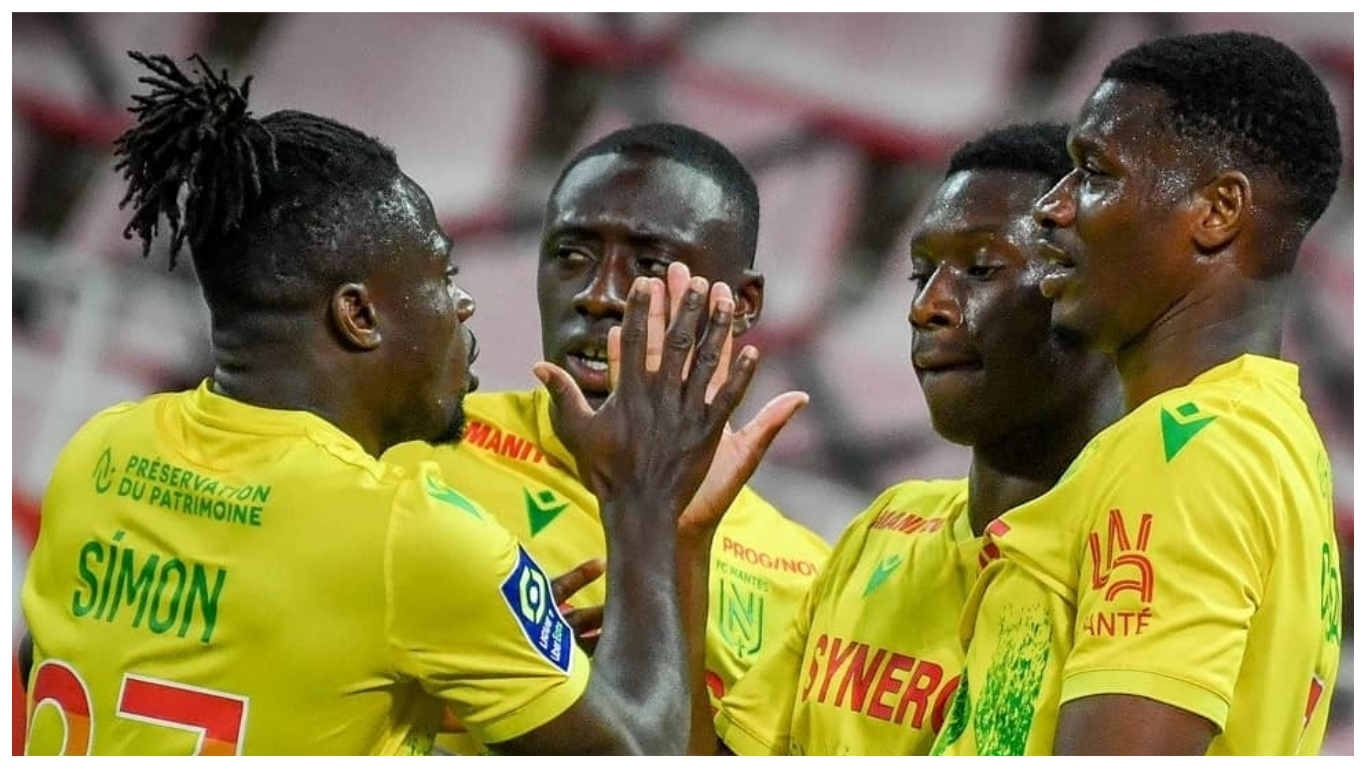 Moses  Simeon and his Nantes teammates will play in Ligue 1 next season after squeezing past Toulouse on away goals in the relegation play-off on Sunday, a positive end to what has been a chaotic season.

Antoine Kombouare’s team lost 1-0 on the night to Toulouse thanks to Vakoun Bayo’s 62nd-minute strike, but keep their top flight status thanks to their 2-1 win in the south west of France on Thursday.

It brings to an end a turbulent season for Nantes in which they had three coaches, including a disastrous and short-lived spell under reviled former France coach Raymond Domenech.

Read Also: Thiago Silva to stay at Chelsea with extension set to be announced
Fans greeted Domenech’s arrival at his first training session in late December with clown music in one of the most memorable moments of the season, and things did not improve much before his sacking in mid-February without a single win under his belt.

A run of four wins from their final five league games enabled Kombouare to keep Nantes out of the automatic relegation places and then beat Toulouse, who stay in Ligue 2.

Bear rips off man’s face in horror attack as friends try to fight the...

Mikenoris Impresses Alongside Focalistic On Video For – “Siko”

England v Croatia: What the stats say ahead Euro 2020 clash