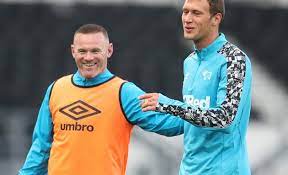 Alonso owns management company WBD Sports and was in the frame to take over at Sheffield Wednesday.

Alonso said: “We are privileged to take ownership of one of the founding members of the Football League and to build a fresh future for the fans, staff and players of Derby County.

“It has undoubtedly been a difficult period both on and off the pitch for the club over the last two seasons and we recognise that all of the staff have been dedicated and worked tirelessly behind the scenes to ensure the club’s first team and academy football operations were fulfilled.

“We are looking forward to working with Wayne Rooney and his team, and will do everything possible to support the club’s vision and ambition.

“We would like to thank Mel Morris and his team for their support in helping to facilitate a quick and smooth transaction.

“The sales and purchase agreement has been signed and we are now working with the EFL on the final stages of the EFL Owners and Directors Test.”

A statement from Derby read: “Derby County Football Club wishes to confirm that a definitive agreement to purchase the club has been reached with No Limits Sports Limited. The transaction, which is still subject to the EFL’s Owners and Directors Test approval, is expected to close in the near future.”