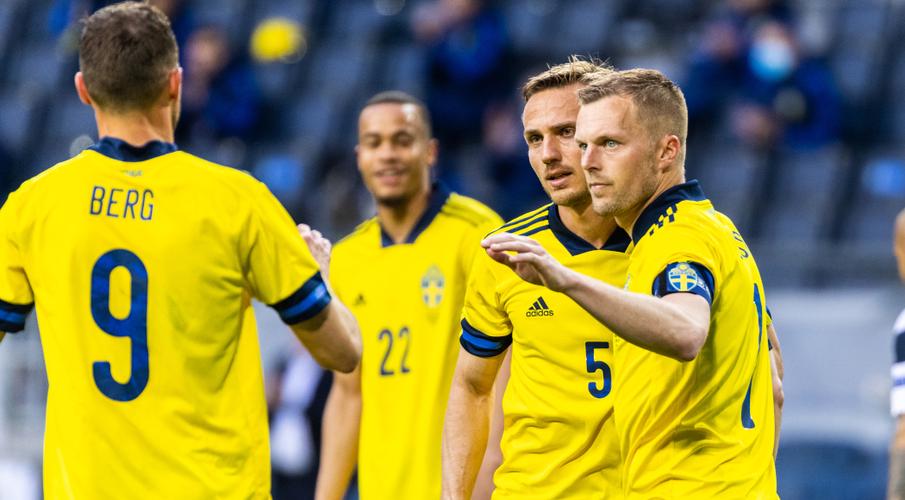 Sweden coasted to a 2-0 win over a defensively-minded Finland thanks to a Robin Quaison goal and a second-half penalty from captain Sebastian Larsson in a Euro 2020 warm-up on Saturday.

Quaison gave Sweden the lead in the 23rd minute by slotting home a pass from Mattias Svanberg and Larsson got the second from the spot in the 58th after Marcus Berg was brought down.

With striker Teemu Pukki still recovering from an ankle injury the Finns, who have qualified for the finals of a major tournament for the first time, made it clear from the outset that they were going to retreat.

Five defenders were strung across the back with a block of four midfielders in front of them as captain Tim Sparv returned from a knee injury to play his first game since March.

The Swedes moved Emil Forsberg in from his usual starting spot on the wing to a more central position, and it was his ball to Svanberg that teed up the opening goal.

Going behind had no obvious effect on Finland’s tactical approach as they remained compact, trying to play the ball out from the back and hitting Sweden on the break.

Midfielder Onni Valakari created a number of openings for the Finns, but they went two goals behind when a beautiful lobbed pass from Forsberg found Berg in the box, and as he tried to round Jesse Joronen, keeper Jesse Joronen brought him down.

Larsson confidently smacked home the spot kick and eight minutes later the Swedes made the first of six substitutions as both sides chose to give some of their fringe players a run.

That opened the game up for a late surge from the Finns, who had struggled to get shots on target throughout the game, and substitute Fredrik Jensen almost scored a late consolation goal for the visitors, but his stoppage-time shot was blocked.

“I wanted it to look good today and I think it did, all the way through. Overall I’m pretty happy,” Sweden boss Janne Andersson told broadcaster TV4.

Sweden open their Euro 2020 Group E campaign against Spain on June 14 before taking on Slovakia and Poland, while Finland kick off their tournament against Denmark on June 12, followed by meetings with Russia and Belgium in Group B.

The post Swedes coast to friendly win over Finland ahead of Euro 2020 appeared first on Sporting Life.

Most privileges I enjoy I owe to my dad ― DJ Cuppy