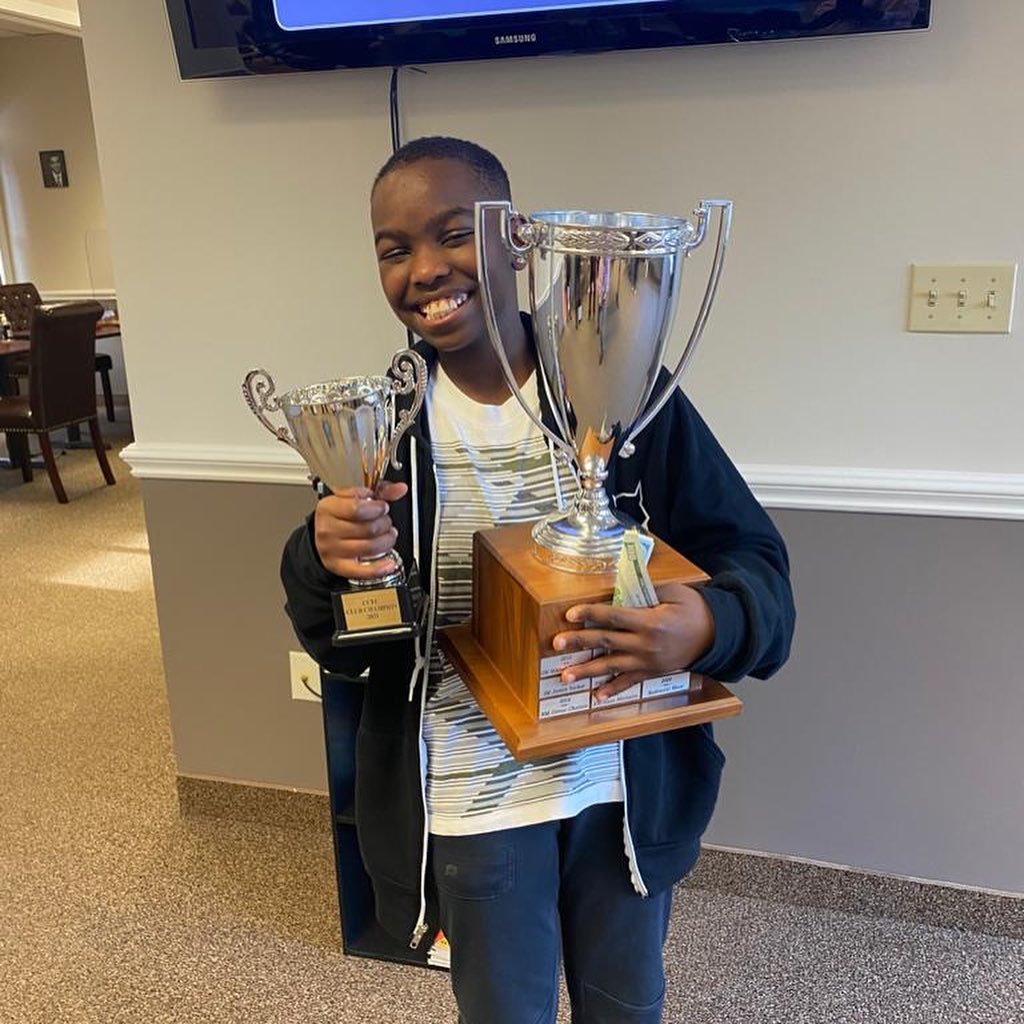 Tani Adewumi, the Nigerian refugee who claimed the New York State chess championship at the age of eight, is a name you might be familiar with. If you do, we have some exciting news for you. Tani, who is now ten years old, just won a championship and is currently a National Chess Master, according to Nicholas Kristof, New York Times columnist.

He won the CCFC G/30 Club Championships in Norwalk, Connecticut, earning a whopping 58 points and the title of National Master.

Tani shot to fame in 2019 when he claimed the New York State Chess Championship. He was celebrated by people and platforms around the world, including “Daily Show” host Trevor Noah, who announced at the time that a biopic about the chess prodigy was in the works.

Nicholas Kristof said that the chess prodigy is a reminder that “talent is universal, but opportunity is not,” because he was fortunate enough to find a chess program near his shelter at the time.

Remember Tani Adewumi, the Nigerian refugee kid I wrote about 2 years ago who won the NY State chess championship while in a homeless shelter? Now well housed (thanks to you readers!), he just won a championship and is officially a National Chess Master as a 10-yr-old 5th grader! pic.twitter.com/mbDCAGiFHb

Here’s the first piece I wrote about Tani when he was homeless and won the state championship: https://t.co/xaXHwFFYvO And a follow-up when readers provided housing: https://t.co/2lQoKrToNC After his latest championship in Fairfield, CT, his chess rating is a tremendous 2223.

Along with his growing chess ambition, three film companies competed for the rights to his novel, which was acquired by Paramount Pictures.

Tani’s biography, “My Name is Tani… and I Believe in Miracles,” was released on April 14, 2020. The book is available on books.google.com.ng

His mum Oluwatoyin Adewumi shared the good news via her Instagram page, “Our God has done it again today. Tanitoluwa won chess club of Fairfield Connecticut championship,” she wrote. This is the LORD’s doing, for it is Marvelous in Our Eyes. Thank you, Jesus!!!”

His coach, National Master Shawn Martinez also confirmed this news with a post on Instagram. He wrote:

#KeepPushing my boy! From the first day I met you where you barely knew how to move the pieces to now shaking hands with a 10 year old chess master and the Fairfield chess club champion! Tremendous shout out to Tani for his endless passion, drive, and work ethic! You truly earned this weekend big guy and May it propel you closer to your dreams of becoming the youngest GM! Continue to inspire the world

! I’m so happy I got the chance to see you and the family today after this crazy year! May god continue to bless you and give you the strength to reach your dreams! #workhardplayhard #futuregm

Stay motivated and strive to be the best version of yourself

The post Tani Adewumi is Officially a National Chess Master at 10! appeared first on BellaNaija – Showcasing Africa to the world. Read today!.

The Unexpected Footwear Trend the Fashion Crowd Won’t Give Up