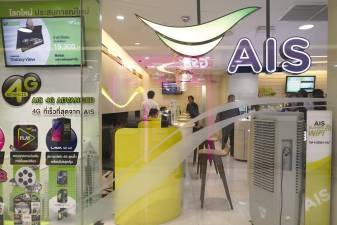 Bangkok-based Gulf Energy, which owns 18.9% of Intouch, said in a filing today it had offered to buy the rest of the shares for 65 baht (RM8.58) per share, 11% higher than its previous close.

If Gulf is able to secure at least 50% of Intouch, it will also offer to buy out AIS, it said in a statement. Intouch owns 40.45% of AIS.

Intouch, it said, had high potential to generate cash flow given AIS’ growth potential and “would generate returns in the form of dividends regularly and continuously over the long term”.

AIS acknowledged the plan in a filing but did not comment on whether the bid was welcome. A representative for Intouch could not immediately be reached for comment.

Gulf said, however, it does not intend to buy out Intouch’s satellite operator Thaicom Pcl and will request that Thailand’s securities regulator waive its requirement for a tender offer, it said in the filing.

Singapore Telecommunications, the biggest shareholder in Intouch with a 21% holding and which also owns 23% of AIS, said it was reviewing its options for the stakes.

Intouch shares closed up 7.7% following the news, while Gulf Energy, which is led by billionaire Sarath Ratanavadi, saw its stock decline by around 2%. AIS shares were up 0.6%.