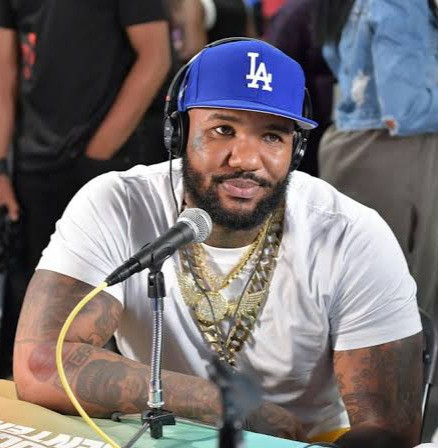 The Game has said he will never allow his woman pay a single bill. The rapper said he might be called old school for it but that’s where he stands. He tweeted: “Maybe I’m old school but my woman ain’t paying one damn bill. Not rent, not mortgage, not a car note, not nails, hair, clothes, phone or groceries…. if you’re taking care of home, cooking & fucking the shit outta me….. LIFE ON ME !!! Period.” 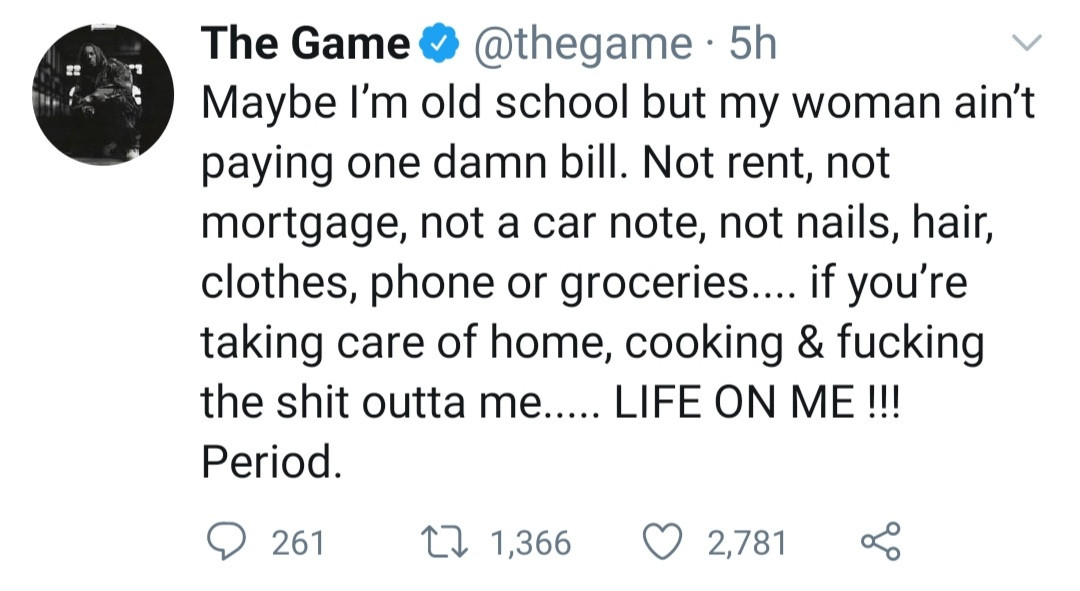 The Game has three children but has never been married. The 41-year-old rapper was engaged to Tiffney Cambridge. They dated for 8 years and have two children together, but they split before they could walk down the aisle. The post The Game says his woman will never pay a single bill appeared first on Linda Ikeji Blog.

Abike Dabiri reacts to video of Nigerians being dehumanized by Ghanaian...