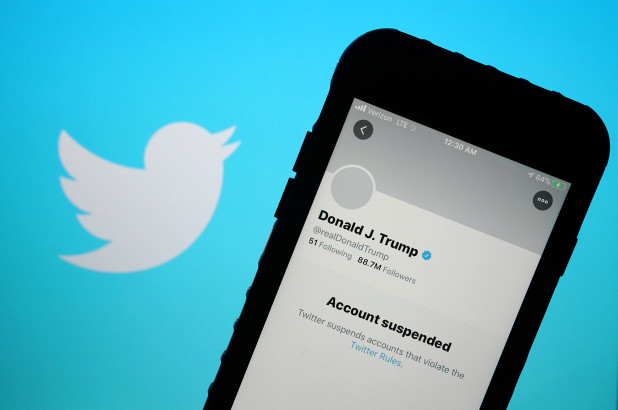 President Donald Trump’s die hard fans have started deactivating their Twitter accounts after he was permanently banned from the platform.  Earlier today, Twitter permanently suspended Trump’s account two days after the siege at the Capitol that led to the death of five people and few hours after he tweeted that he will not be attending Biden’s inauguration. Twitter explained why they took the decision in a statement, saying: “After close review of recent Tweets from the @realDonaldTrump account and the context around them — specifically how they are being received and interpreted on and off Twitter — we have permanently suspended the account due to the risk of further incitement of violence.” A few hours after President Trump’s account was suspended, “Goodbye Twitter” started trending  as his diehard supporters began to deactivate their accounts.  “Goodbye Twitter friends. See you @parler,” said one user.

“I’m a small MAGA account and I have lost 400 followers in 3 days. Goodbye Twitter. You don’t want me, I don’t want you. I’m at Parler @snakeoil. I hope PATRIOTS will come join me! Flag of United States.” said another unhappy user. 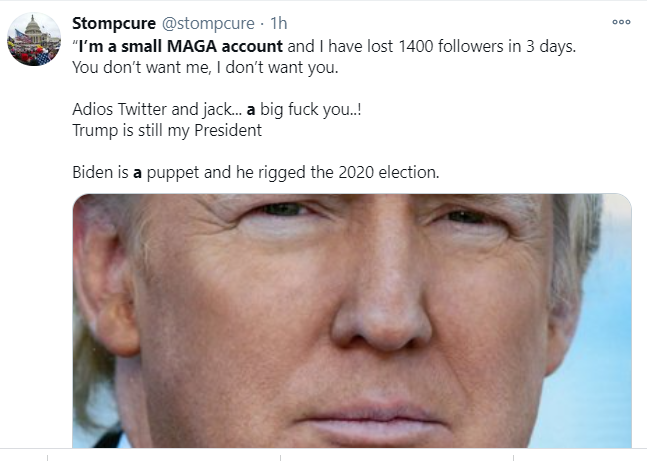 The news of Trump’s suspension also crashed Parler website, likely as a result of new users overwhelming their servers. The outage reportedly lasted less than an hour.  Some top conservatives also shared Parler accounts on Twitter, encouraging their followers to migrate there. “Follow me on PARLER access it directly through website don’t try to use the App,” Angela Stanton-King wrote on Twitter , sharing a screenshot of her Parler handle. 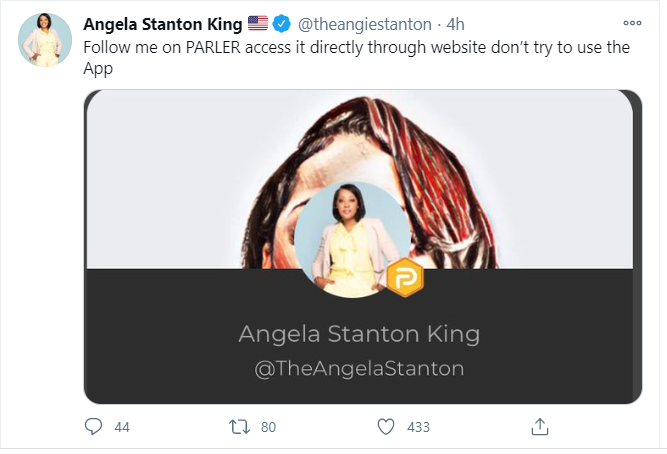 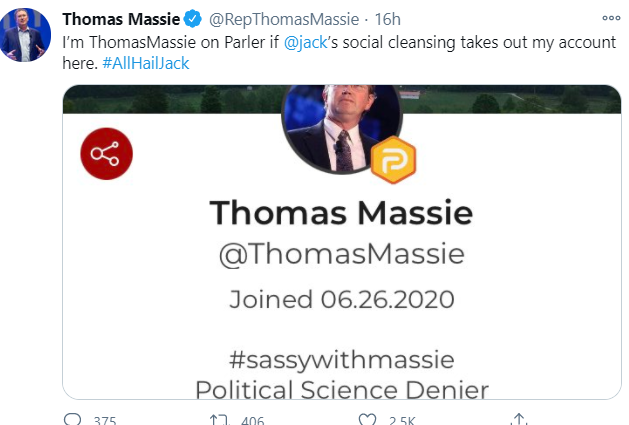 Radio host Mark Levin also tweeted out a call to action, asking his followers to “join me now on Parler and Rumble.” Levin in a tweet said he also “suspended” his personal Twitter account “in protest against Twitter’s fascism.

Parler, a microblogging and social networking service is a popular platform for conservatives, with more than 2 million daily active users. It’s prominently used by Republican and conservative figures, who’ve dubbed it the “free speech” platform. 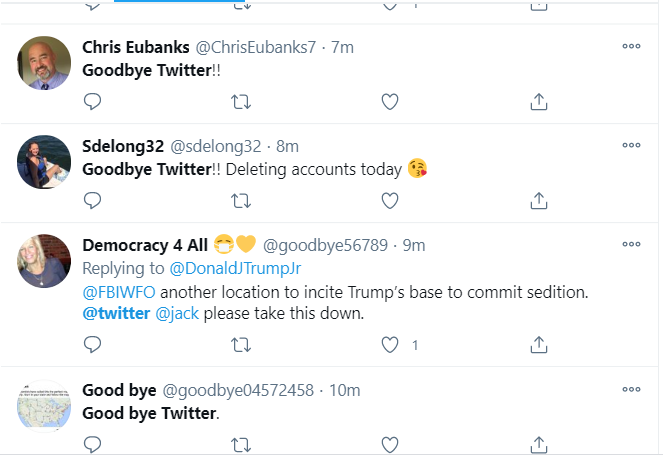 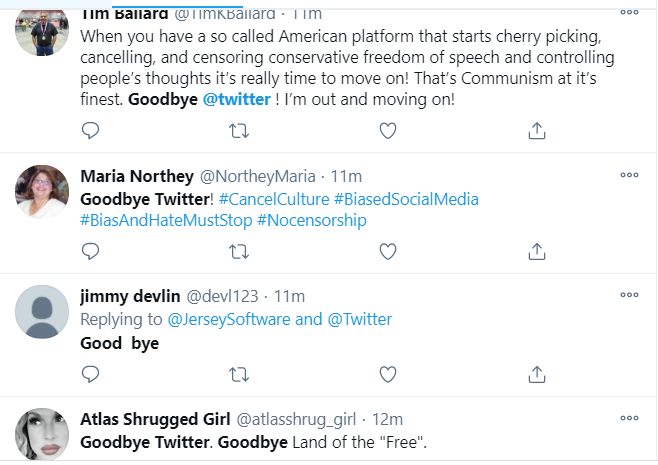 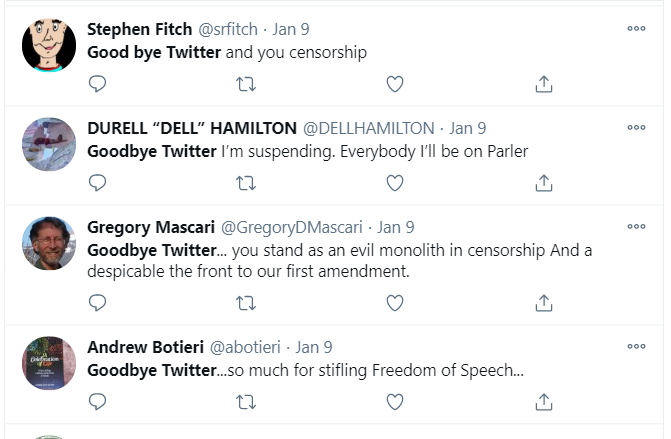 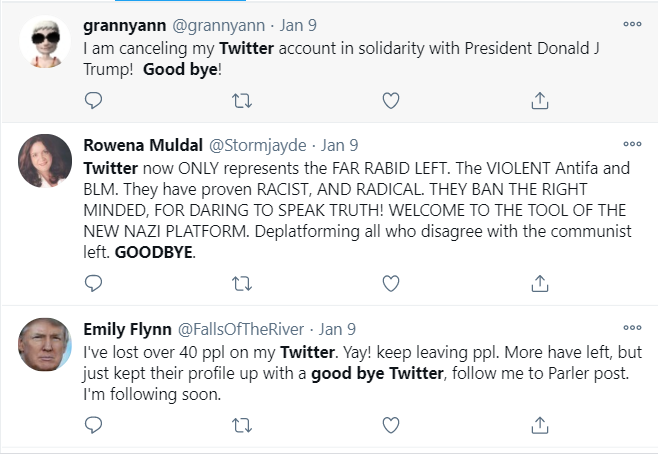 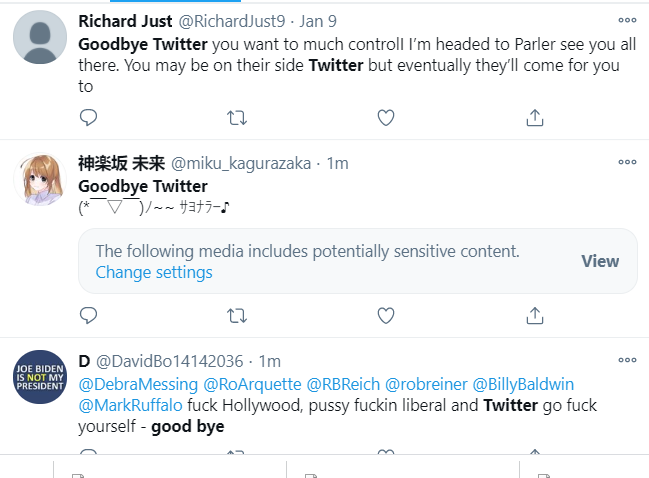 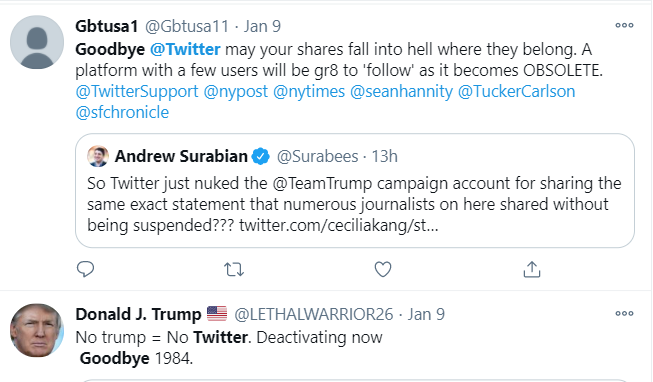 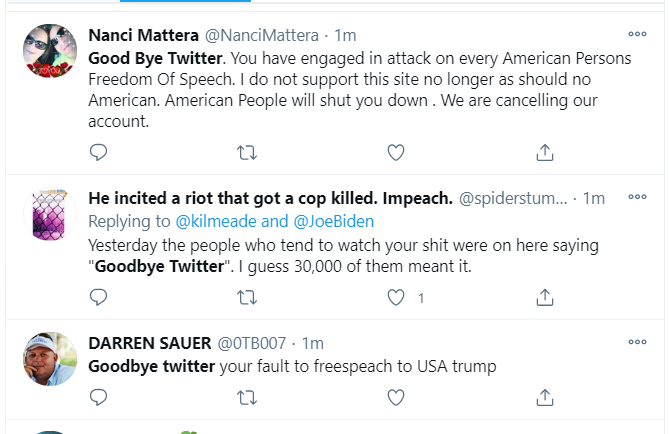 Nigeria: This joke called a country (2)