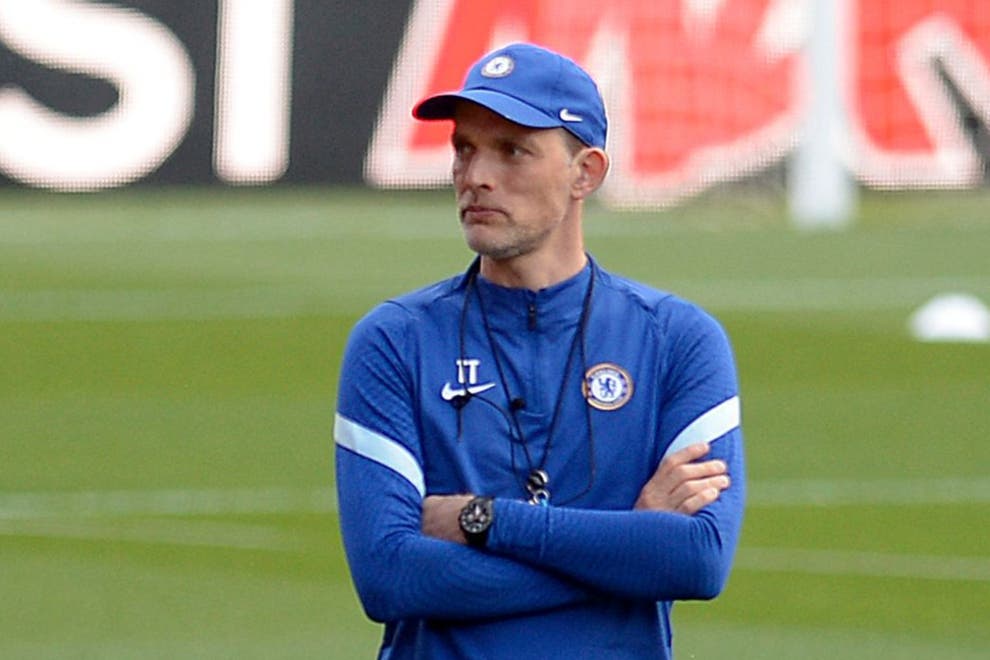 Thomas Tuchel insists he is “not the guy” to answer for Chelsea over their involvement in the controversial planning for a Super League breakaway.

It was confirmed on Sunday that the Blues are one of six English clubs involved in the plans, which have sparked civil war within European football.

Chelsea supporters’ groups have spoken out against the decision while there are plans for a protest outside Stamford Bridge ahead of their game against Brighton on Tuesday night.

Tuchel revealed he only found out about the decision to sign up to the closed-shop league, which would protect clubs who suffer dramatic drops in form from missing out on the riches of European football, on Sunday and was given no forewarning by bosses – though the former Borussia Dortmund manager was not expecting any.

The German has not given an opinion either way on the plans instead stating his trust in the club. With no member of the Chelsea hierarchy available to take questions, Tuchel was left to deal with them alone, but insisted he is not the right person to ask.

“I would be surprised if they [the board] interfere in my line up or training but I am not surprised that they don’t include a coach in sports politics or future decisions, that is the board’s job,” said Tuchel.

The key team news and thoughts from the boss ahead of Tuesday’s match against Brighton!

“I can understand that you want more response from Chelsea.

“It must be clear that I am not the guy to clear these questions. I am not the guy, I am the coach. I am not a part of the board. I was not involved in these decisions, all the thoughts and all the work that was put in or not put ing, whatever. I do not know the details of all this. I can understand that you need more and want more answers to get a bigger picture.

“I am clearly not the guy, I am here to coach the team.”

Nollywood Star Daramola: Why I Won’t Allow My Son Play For...