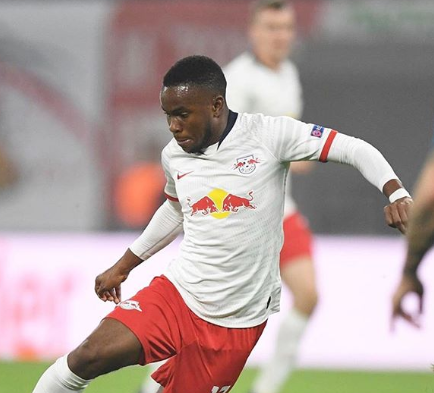 Trabzonspor are interested in adding Nigerian wing wizard, Ademola Lookman, to their playing personnel and have registered their interest with the player’s parent club RB Leipzig, says Turkish publications Fotomac.

read also:Fulham gets Ademola Lookman boost versus Wolves.
Lookman is not short of suitors after impressing last term during a loan spell in the Premier League with Fulham.

The former Everton ace scored four goals and added another four assists in 34 matches for the Cottagers. It was not enough, though, to help the London-based side avoid relegation to the Championship just a year after celebrating a long-overdue promotion.

Fulham paid €2 million to Leipzig last summer before they could get the Super Eagles hopeful, and Trabzonspor may need to cough up an equivalent sum to acquire the services of the 23-year-old.

A couple of years ago, Trabzonspor had a trio of Nigerian stars, including John Mikel Obi and Ogenyi Onazi. But Onazi later switched to Denizlispor, While Mikel had his contract terminated following a coronavirus-related row.

Leipzig signed Lookman for €18 million in 2019 after the attacker impressed during a year-long loan stint with the Bundesliga giants.

The Charlton Athletic academy product has a contract with Leipzig until the summer of 2024,according to soccernet.ng.

The post Turkish side Trabzonspor in love with Ademola Lookman appeared first on Sporting Life.

Your First Look at Ndani TV’s “Rumour Has It” Season 3 is Here!

United Nations calls for halt of weapons to Myanmar

Italy vs Turkey get ball rolling as Euro 2020 begins under...