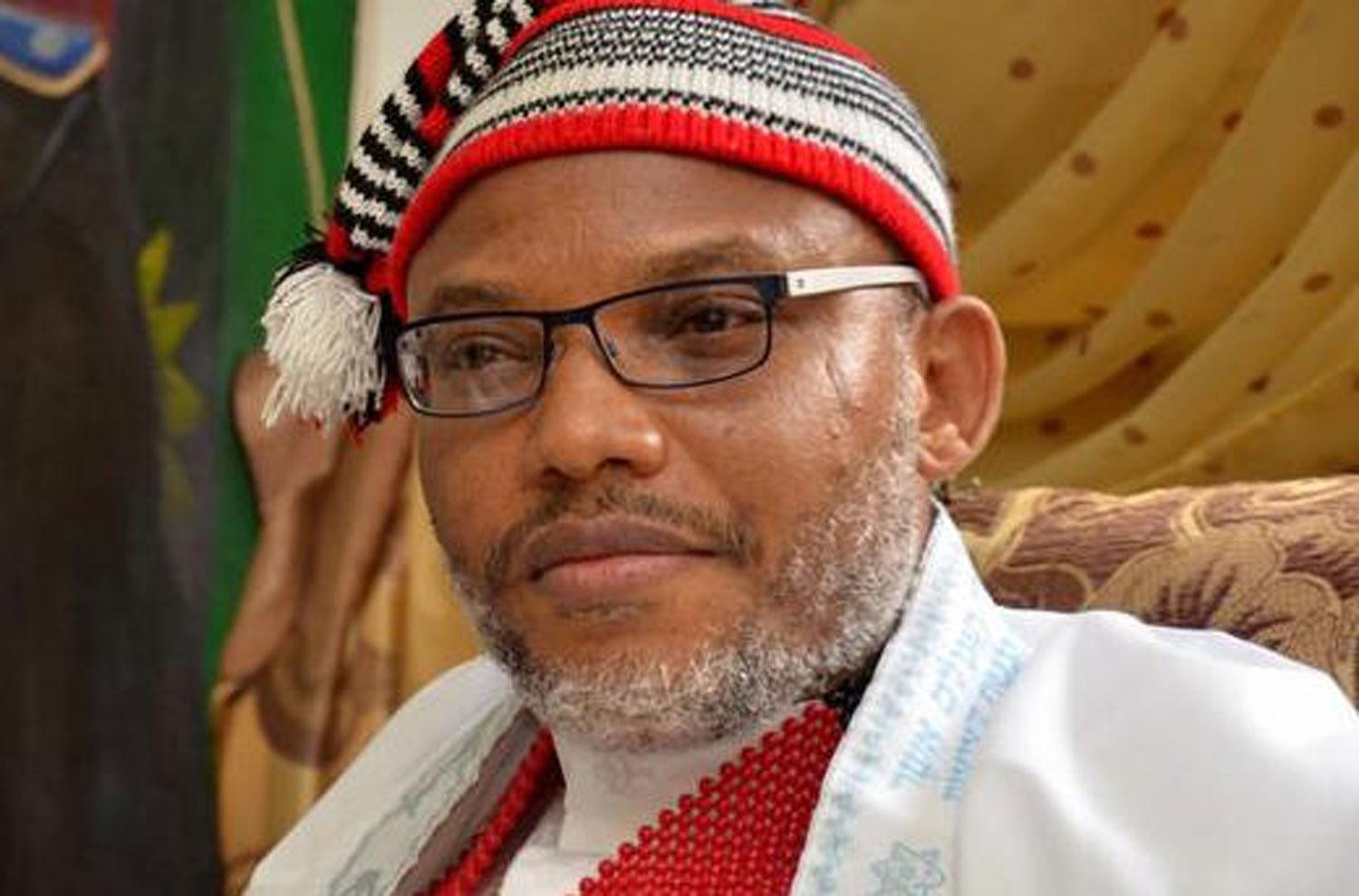 Twitter has deleted a tweet by the leader of the proscribed Indigenous People of Biafra IPOB, Nnamdi Kanu, for violating its rules. In the tweets which he made on June 2, Kanu had threatened government officials and said “any army they send to #Biafraland will die there. None will return alive even if it means sacrificing my people”. 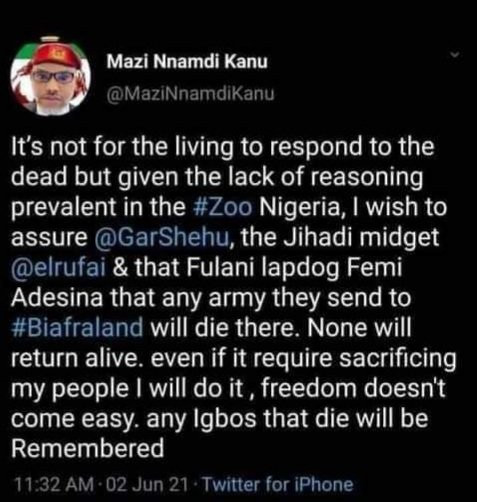 Here’s Why We Believe Wande Coal Will Be on the Next M.I Abaga Album...

“They are being unfair”- President Buhari replies Nigerians who claim he is soft on...

They almost killed my unborn twins â Woman who gave...