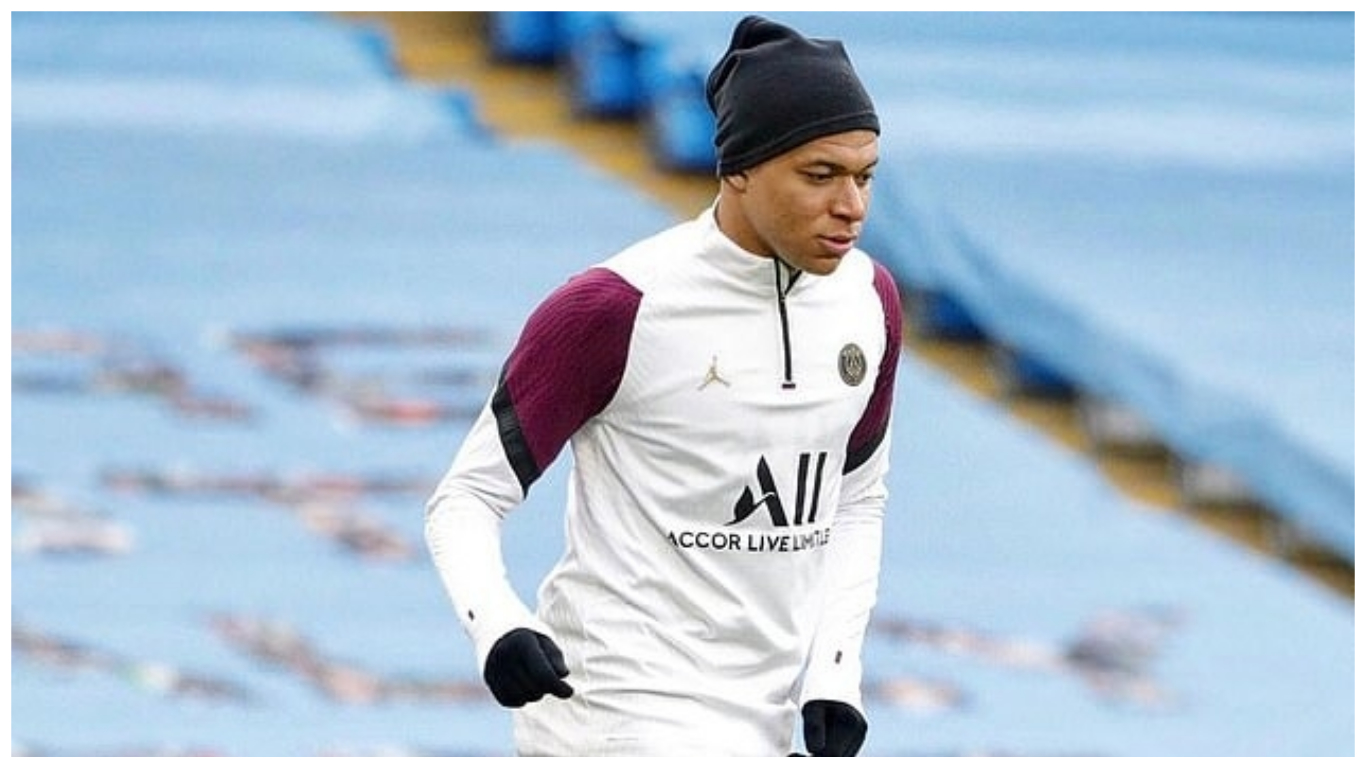 Manager Mauricio Pochettino revealed that Mbappe, who has been struggling with a calf injury, only returned to individual training on Monday night. But the star forward did train on the Etihad pitch.

The French side, trailing 2-1 from the first leg, will wait until later on Tuesday evening before deciding if the forward can feature.

Training on the eve of the match!

Pochettino said on Monday: ‘We need to assess Kylian, he’s going to start the individual training sessions and see if he can be with the team in the end.

‘I think there is still one day and we still didn’t decide if he’s going to be available or not to play. We will take the decision on Tuesday.’

City boss Pep Guardiola is certain the 22-year-old will make it: ‘He’s going to play,’ he said. ‘And I’m looking forward to him playing.’

With or without Mbappe, PSG will need to score at least twice to reach a second successive final. But their manager is unfazed by the task ahead.

‘I saw Pep in his press conference say “I’m more relaxed than ever”. In my position it’s the same, I am so relaxed, I’m enjoying (it) because it’s difficult to arrive at this stage.’

Pochettino compared his emotions to before his Tottenham side overcame a first-leg deficit against Ajax to reach the 2019 final.

Idrissa Gueye would miss the final even if PSG made it after UEFA gave him a two-match ban for his first-leg red card. The French giants have also been fined €30,000 (£26,000) for kicking off late in the 2-1 defeat in Paris.

Between singer Waje and a man in his 20s who tried shooting his shot...