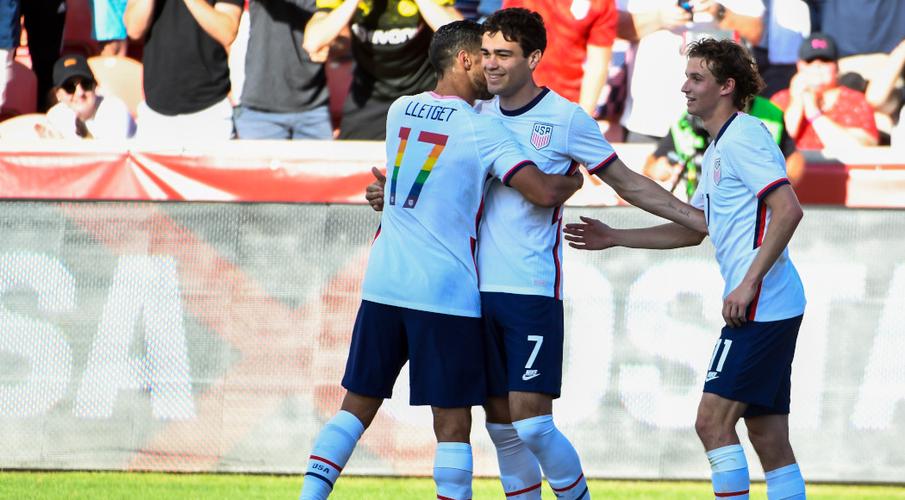 The United States completed their preparations for next month’s Gold Cup tournament with an emphatic 4-0 victory over Costa Rica on Wednesday.

After a pulsating CONCACAF Nations final victory over Mexico on Sunday, Berhalter used Wednesday’s friendly to cast an eye over his squad depth for the Gold Cup.

Only two members of the starting line-up from Sunday’s win over Mexico started against Costa Rica, with defenders Tim Ream and Mark McKenzie reuniting at centre-back.

The new-look side delivered a composed performance, dominating possession throughout and barely allowing Costa Rica a sight of goal.

Red Bull Salzburg midfielder Aaronson opened the scoring for the US on eight minutes, blasting a finish into the roof of the Costa Rica net from close range after a defensive mix-up.

Dike then made it 2-0 three-minutes from halftime, the powerful striker who spent last season on loan at English side Barnsley beating the offside trap from McKenzie’s pass and tucking away a low finish.

Fullback Reggie Cannon, who plays for Portuguese side Boavista, extended the American lead on 52 minutes, showing great poise to pick his way through the Costa Rica defence to score.

Second half substitute Reyna then won a penalty after being chopped down by Keysher Fuller in the area, and the Borussia Dortmund teenager promptly got to his feet to convert the spot-kick, coolly sending Leonel Moreira the wrong way.

The win continues an impressive recent run of form for the US, with Berhalter’s side having won 11 of their last 13 games since late 2019.

Iwobi’s Everton In Transfer Battle With Leeds For Marcelo

‘Kante Not So Nice Also Has Dark Side’ – Fabregas Reveals

Jade Osiberu is Super Proud of the Magic she created on “Áyìnlá” with Tunde...

Get uncomfortable: A quarantine center in Yangon is being criticized for...