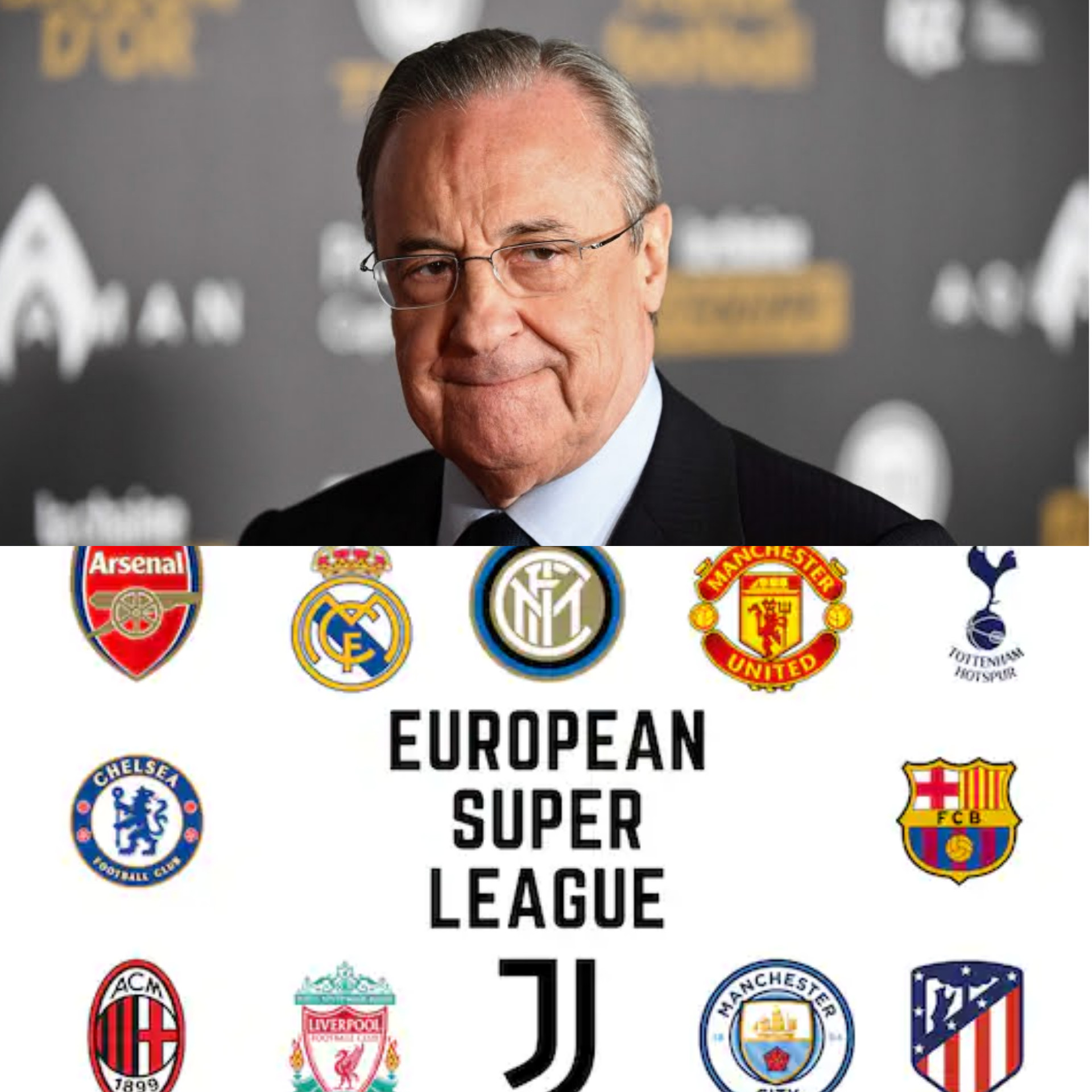 Real Madrid president, Florentino Perez, has fired back at UEFA and its president, Aleksander Ceferin, accusing the European football body of not being transparent with it’s financial dealings.In a statement on Monday, 12 European clubs, Real Madrid, Atletico Madrid, Barcelona, AC Milan, Inter, Juventus, Chelsea, Manchester United, Manchester City, Arsenal, Liverpool and Tottenham announced their desire to set up their own European Super League to rivals the UEFA champions league. The clubs who signed up to the new league which will be given £310m each for a start.Three more teams are expected to be involved annually for a total of 15, with a further five clubs able to qualify each season. 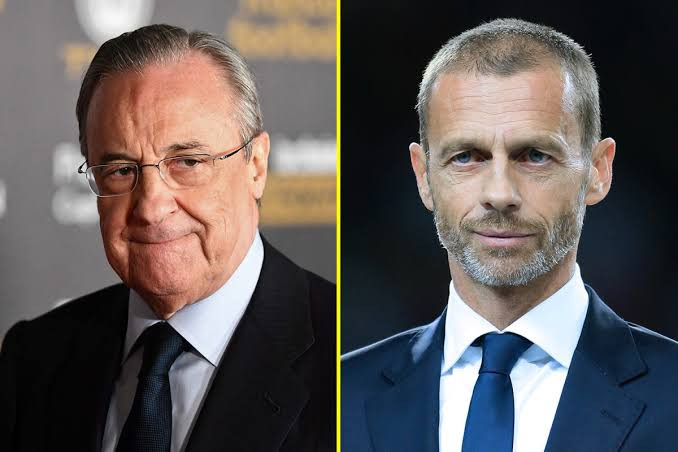 UEFA president, Ceferin (top right) on Monday April 19, branded Manchester United and Juventus chiefs Ed Woodward and Andrea Agnelli as “snakes” after they resigned from UEFA to take up executive positions in the new Super League.Perez, who is the president of the new league, has reacted to Ceferin’s insults saying he shouldn’t insult any club president.He also accused the UEFA leader and la Liga president of maintaining high salaries even during the Coronavirus pandemic when players and clubs were slashing salaries.He then accused UEFA of being secretive with its finances despite majority of it’s money coming from big clubs, saying everyone knows the salary of basketball player, Lebron James, but no one knows Ceferin’s salary.”President Ceferin insulted Andrea Agnelli today, it is not possible,” Perez said in an interview with El Chiringuito.”It’s crazy to discuss a president of a world club like Juventus.”This is something unacceptable, UEFA must change, we don’t want a president who insults other presidents.”Why aren’t UEFA and La Liga salaries public? Why haven’t salaries been reduced like everyone else during the pandemic? We need more transparency. We know the salary of LeBron James but we don’t know the salary of the UEFA president.”Perez also claimed the Euro Super League is needed to ‘save football’ in an extraordinary defence of the controversial plans.“Whenever there is a change, there are always people who oppose it. We are doing this to save football at this critical moment,” he added.“Audiences are decreasing and rights are decreasing and something had to be done. We are all ruined. Television has to change so we can adapt.“Young people are no longer interested in football. Why not? Because there are a lot of poor quality games and they are not interested, they have other platforms on which to distract themselves.“If we continue with the Champions League there is less and less interest and then it’s over. The new format, which starts in 2024 is absurd. In 2024 we are all dead.“Together we have lost €5billion. In two seasons Madrid have lost €400m.“When you have no income other than television, you say that the solution is to make more attractive matches that fans from all over the world can see with all the big clubs, and we came to the conclusion that if instead of having a Champions League we have a Super League we would be able to alleviate what we have lost.”Florentino also revealed that Cristiano Ronaldo will not be returning to Real Madrid who has recently been linked with a move back to Madrid where he won four Ballon D’or titles and three champions league titles.Perez said that Real Madrid signing Ronaldo is “impossible”, citing that he is currently under contract with Juve, who would be one of the key clubs in this new “Super League” venture. He added that while he would “love” to have Ronaldo back in Madrid, a reunion just would not “make sense”.The post “We know the salary of LeBron James but we dont know the salary of the UEFA president” – Madrid president Florentino issues strong defence of new Super league appeared first on Linda Ikeji Blog.

COVID-sniffing Thai dogs ready to smell out the virus