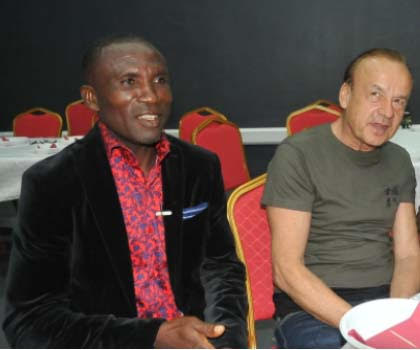 The player who was a member of the inaugural winners of the 1985 JVC Under-16 World Champiompionship in China, said Nigeria needs to be consistent in their quest to replace the aging players in the national team through a progressive developmental programme.

Speaking on Sports Radio 88.9fm recently from Europe, Akpoborie advised Nigeria football authorities to return to the programme which produced most of the talents who graduated from the youth teams in the 80s into the senior teams and also made a great impact in their generations.

There are no grazing routes in Bayelsa – Governor Diri replies Buhari

There are indications that more governors are coming to APC – Ganduje