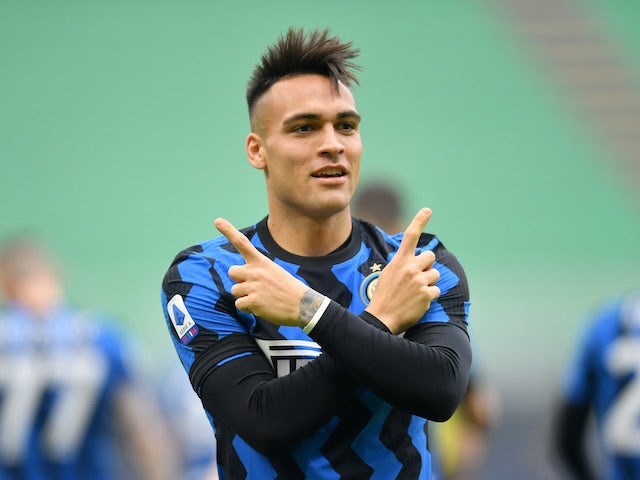 The player reportedly wants at least €6m-a-year to sign a contract extension with Inter while Atletico, Real Madrid, and Barcelona continue to monitor the Argentinean.

The striker’s agent Alejandro Camano revealed earlier this week that Martinez has rejected a contract extension offer from the Nerazzurri.

According to Calciomercato.com, the player and his entourage believe a €4.5m-a-year salary is not enough and demand at least €6m.

Inter need to sell one of their top players in the summer and, although Achraf Hakimi seems the favourite to leave the Giuseppe Meazza, Lautaro Martinez has attracted the interest of many top clubs around Europe.

However, Inter’s €90m asking price does not reflect the €4.5m-a-year salary the club have offered to their striker.

Inter, however, are only interested in selling one of their stars for a cash offer.

La Gazzetta dello Sport reports Barcelona are not open to matching Inter’s €90m asking price, with the Nerazzurri who prefer selling Hakimi rather than Lautaro.

Confusion in AFN as Okowa emerges winner of faction body

6 Outfits That Will Make You Feel Like You’re on Vacation Even If You’re...

A Global Tech Review on the New Infinix Note 10