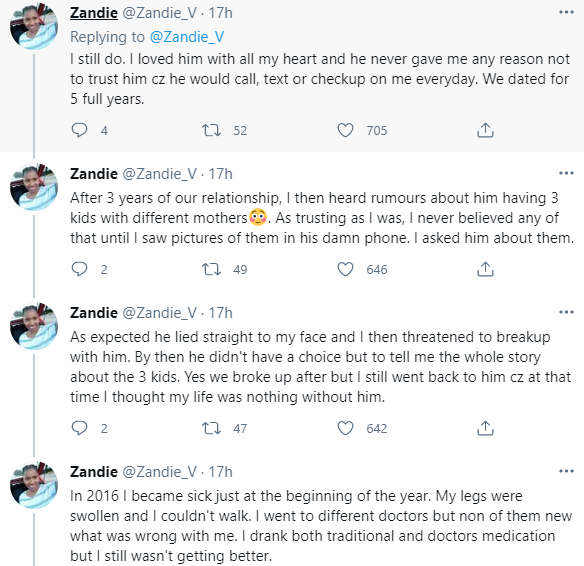 A woman took to Twitter to narrate how her first-ever boyfriend infected her with HIV. The woman revealed that she met the man in 2010 and they began dating. He was the first guy she ever had sex with and she trusted him and believed he was just as faithful as she was. However, she said that after years of dating, she found out he has 3 kids with 3 different women. In 2016, she said she became sick but hospitals couldn’t identify the problem. Her aunt later advised her to meet a dermatologist and some tests were done. One of the tests showed she has tuberculosis. She was asked to do an HIV test and it also came back positive. She explained that when she confronted her boyfriend, he insulted her and called her promiscuous. He later apologized for his actions after he fell sick and was admitted to the hospital. The woman said her life has been changed by her ex-boyfriend’s actions because every man now treats her like ”poison.” Read her tweets below. 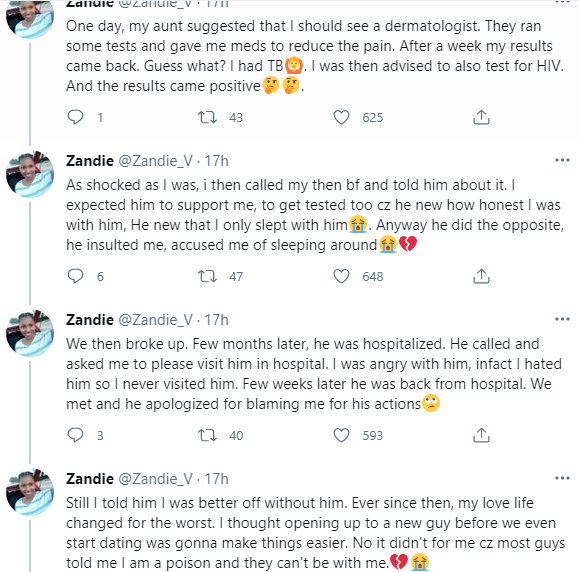 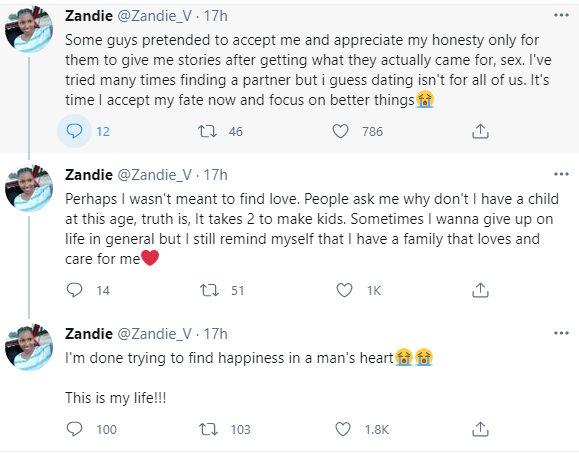 The post Woman narrates her struggles after getting infected with HIV by her boyfriend of 5 years appeared first on Linda Ikeji Blog.

Jubilation in Bayelsa community as 55-year-old woman gives birth to triplets after many years...

Reps ask Buhari to declare state of emergency over insecurity